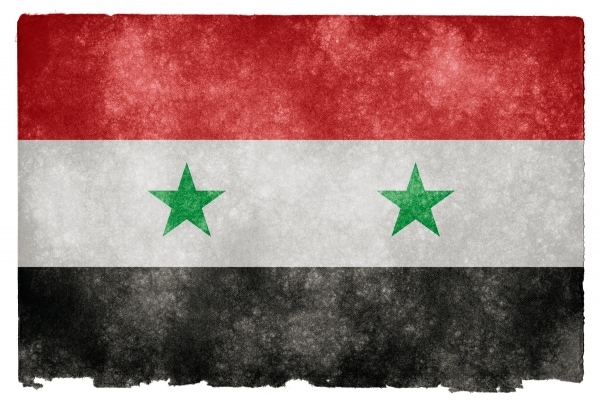 With President Obama’s proposal to bomb Syria in response to the Assad regime’s use of chemical weapons on hold while the Administration pursues Syrian chemical disarmament through the offices of Russia and the United Nations,[1] the current moment provides an opportunity to reflect on the policy debate that the diplomatic opening short-circuited.  In this essay, I shall suggest that the unpopularity of the President’s bombing plan reflected greater wisdom in the American people than commonly assumed.

The planned missile strike on Syria had the support of a coalition of strange bedfellows.  Within the Administration, the American Ambassador to the U.N., Samantha Power, was the most prominent supporter of military action.[2]  Putting into practice the views she had expressed in her book A Problem From Hell, Power and others both within and outside the Administration argued from the interventionist left that military force should be used against regimes that commit genocide and other gross human rights abuses.  These voices were joined by the interventionist right—unreconstructed neoconservatives and their fellow travelers who believed that in light of President Obama’s having drawn a “red line,” the credibility of American foreign policy with such potential foes as Iran and North Korea would be jeopardized if the United States failed to follow through with military action against Assad.[3]

Despite the initial bipartisan support of the Washington policy establishment—including the support of the Congressional leadership—the proposal to bomb Syria was from the start broadly unpopular with the American people.  Some of that unpopularity reflected longstanding political divisions.  Just as Tea Party members have, in recent years, sometimes bucked the Republican leadership by arguing for a more confrontational stand on domestic issues, so too with respect to Syria, one suspects that some of the Tea Party opposition to the Syrian plan was simply a reaction to the fact that President Obama supported it.  The idea that partisan politics ceases at the water’s edge—articulated most famously by Senator Arthur Vandenberg in 1945—may never have been true, but it is certainly false today.

Still, it would be a mistake to attribute all or even most of the American public opposition to the Syrian bombing plan to politics.  For one thing, even within the Tea Party movement, skepticism of U.S. military intervention has been a longstanding theme.  Kentucky Senator Rand Paul is the most visible spokesman[4] for this skepticism but he surely does not speak only for himself. Just as a left/right coalition supported military intervention in Syria (and still would support it should diplomacy fail), so a different left/right coalition opposed such intervention.  Here it is conventional to speak of the isolationist right and the anti-imperialist left.

Isolationists believe that the United States ought not use military force overseas unless its strategic interests are clearly threatened.  Anti-imperialists see U.S. foreign policy as sometimes paying lip service to human rights but ultimately deploying military force in pursuit of empire-building aims.  The slogan “no blood for oil”—which was used in opposition to both Gulf Wars—encapsulates the anti-imperialist view: Despite the talk about repelling aggression (in the first Gulf War) or preventing a dictator from using weapons of mass destruction (in the second), anti-imperialists saw the real aims of U.S. (and more broadly, Western) military force as securing oil supplies.

Broadly speaking, we can thus see the policy options as occupying four squares in a two-by-two matrix, with interventionists on the top line and opponents to intervention on the bottom line:

These categories are imprecise, of course.  For example, Senator Paul sometimes mixes anti-imperialist themes with his case against the use of military force, but that may just show that libertarianism confounds traditional left/right divisions.

Apart from its tendency to over-simplify, there are two deeper problems with the foregoing conventional framing.  First, it is uncharitable to the opponents of U.S. intervention.  Consider isolationism.  Few people call themselves isolationists.  Rather, interventionists attach the isolationist label to those of their opponents whom they wish to discredit because isolationism seems both callous to the suffering of non-Americans and naïve.  In a world that is interconnected through modern trade, transportation and communications, isolation is impossible.

Second, the positions on the bottom row do not accurately reflect American popular anti-interventionist sentiment.  Putting aside isolationism, anti-imperialism is a fringe position in American politics.  Even at its peak during protests of the Vietnam War, it is hard to say that anti-imperialist rhetoric was anything more than a convenient package for the view that the war was not worth the cost it was inflicting.  More fundamentally, the psychological appeal of anti-imperialism is limited: Most Americans will be reluctant to view their country as acting out of base motives.

Although flawed in the ways I have just described, the two-by-two grid nonetheless reflects the conventional contemporary categories of American views on military force.  But if isolationism poorly describes the attitudes of right-leaning Americans who oppose U.S. military intervention in Syria (and elsewhere), while anti-imperialism is a fringe position, how can we accurately characterize the broadly bipartisan opposition to such intervention?

The answer is a kind of fifth way that does not fit neatly on the grid.  Americans will usually support the use of military force when it is clearly in the national interest and may sometimes support humanitarian interventions.  Especially now, after over a decade of costly wars in Afghanistan and Iraq, Americans are skeptical of military force as a means of achieving foreign policy objectives, but still not implacably opposed to using force.

To use the language of Barack Obama in 2002, Americans oppose “dumb wars.”[5]  At the time, Obama contrasted the war in Afghanistan, which he supported as rooted in national self-defense in light of the Taliban’s harboring of the perpetrators of 9/11, with the then-looming war in Iraq.  Yet, as President, Obama has intervened militarily in Libya, and supports military intervention in Syria, even though the strategic interests of the United States do not appear to have been under greater threat from the Gaddafi and Assad regimes than they were from the Saddam Hussein regime.

Have Obama’s views changed?  Surely the President would not say that he now favors dumb wars, so one must assume that he regards the use of force in Libya and the proposed use of force in Syria as smart.  The justification for these interventions in some ways parallels the justification that the Bush II Administration offered for the Iraq war, but the scale is very different.  President Obama has been adamant that his military interventions would not result in American boots on the ground, thus keeping American troops largely out of harm’s way and avoiding another costly and potentially counter-productive occupation.

The American people appear to be using a broader definition of “dumb” wars.  Even those who accept the President’s view that using chemical weapons against civilians may be deemed categorically worse than killing civilians with conventional weapons are skeptical about what bombing alone can accomplish.  Would it widen the conflict?  Would it strengthen the hand of rebels with ties to al Qaeda?  Would Syria, Hezbollah or Iran retaliate against the United States or its allies, and if so, what then?  Americans may be legitimately concerned about any or all of these questions without embracing isolationism or anti-imperialism.

Americans’ fifth way—which fits nowhere on the grid—recognizes that even limited military interventions not deemed wars at all can prove to be dumb wars.