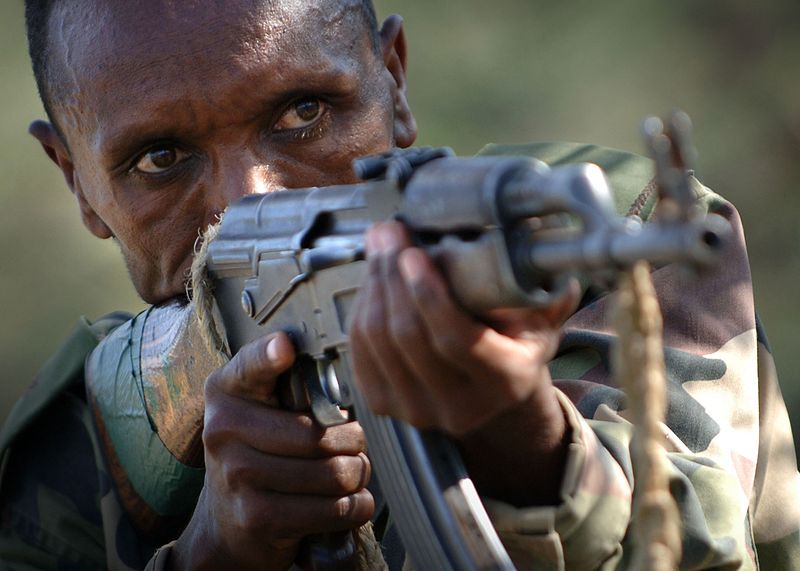 However, under the current jurisprudence of the Appeals Chamber for the Tribunals, as explained by the Hadzihanovic decision, [3] there must be a concordance of time between the accused’s position of authority and the actions of his subordinates. In the Hadzihanovic decision, which relied on a review of customary international law,[4] the court held that a superior would only be liable for failing to prevent or punish the crimes of his current subordinates and not for failing to punish crimes that occurred before he came into his position.[5]

The purpose of this article is to explore the Hadzihanovic rule, its drawbacks, and the alternative construct of retroactive command responsibility. Part II looks at how the Hadzihanovic rule can lead to unjust outcomes, while Part III analyzes some of the problems with retroactive command responsibility. Part IV presents a conclusion and a possible alternative to the other two approaches.

Part II: No Duty to Punish?

The Hadzihanovic rule, limiting secondary liability, is controversial because it means that commanders may not be held criminally liable even where they knew of the past crimes of their subordinates and did nothing to punish them. For example, in Ndindiliyimana et al.,[6] the ICTR found that one of the defendants, Bizimungu, knew of the crimes that his subordinates committed before he became the Chief of Staff of the Rwandan Army.[7] Despite this, the Hadzihasannovic rule precluded the chamber from holding Bizimungu criminally liable, even though he knew of the subordinate’s crimes and failed to punish them.[8] The Trial Chamber opined that

[t]he requirement of a temporal coincidence between a superior’s effective control and the commission of crimes is likely to allow superiors to escape criminal sanction for the role of their subordinates in the commission of grave crimes, even where the superiors knew or had reason to know of those crimes and had the material ability to punish the perpetrators. […]

[T]he evidence is clear that Bizimungu knew or had reason to know of the crimes that had been committed by his subordinates . . . and had the material ability to punish the perpetrators of those crimes. That Bizimungu’s failure to sanction his subordinates who killed thousands of Tutsi civilians is not a punishable offense is a sharp indictment of the jurisprudence on retroactive command responsibility as it currently stands.[9]

The crux of the problem with the current jurisprudence is that it renders the duty to punish meaningless because it will only have effect if the accused also failed to prevent the crimes. Under this rule, the requirement to punish will never have independent effect. It will only come into play when the accused had effective control over his subordinates, such that the accused would be liable for a failure to prevent.

Without the proper incentive—i.e. criminal liability—commanders may not punish their subordinates despite their having committed heinous crimes. If commanders don’t punish, would-be human rights violators have a much weaker direct deterrent against committing such crimes.

While the lack of a duty to punish seems unjust and could lead to inadequate deterrence, there may be some valid reasons for the current rule. From a practical standpoint, it reflects a concern for the scope of a commander’s liability. Under a rule of retroactive superior responsibility, a commander would not just be liable for his subordinates’ current actions, he would also have to be mindful of the actions of his subordinates before he actually became their commander. As was recognized by the Hadzihasanovic court, determining just how far back liability should reach presents serious concerns.[10] Further, implementing retroactive superior responsibility may have the perverse effect of discouraging commanders from inquiring into their subordinates’ past behavior for fear of making themselves liable.

It’s also important to note that, under the current rule, a failure to punish can still play a role in establishing liability. Failure to punish known perpetrators can be used as evidence of knowing assent to a Joint Criminal Enterprise (JCE). For example, in the relatively recent Tolimir case,[11] the accused was found guilty of participating in a JCE with his subordinates to murder.[12] He was found to have known about the JCE to murder and to have participated in it, but the case against him relied heavily on circumstantial evidence.[13] Interestingly, the defendant was not charged under any secondary liability theories.[14] Thus, in a case like Tolimir, the fact that a superior commander knew about crimes and failed to punish his subordinates can add circumstantial evidence to a case for knowledge of and assent to a JCE.

While the current state of the law under the Hadzihasanovic decision eliminates the duty to punish even where commanders have knowledge of grave crimes, the alternative of retroactive command liability is not without its pitfalls and perils. Determining how far back liability should reach is, at best, an arbitrary exercise and, at worst, could lead to unjust outcomes. Further, retroactive command responsibility could discourage commanders from inquiring into the pasts of their subordinates.

However, does this mean that international criminal tribunals are stuck between the rock of the duty to punish and the hard place of retroactive responsibility? Not necessarily. Perhaps the ICTY and ICTR should consider amending their statutes, creating a primary offense for the failure to punish. This would avoid the pitfalls of retroactive responsibility while giving teeth to the duty to punish. In any case, this is not the last we’ve heard from the Hadzihasanovic rule.

* John Flynn is an attorney in the Los Angeles area. In the fall of 2012, he worked for the International Criminal Tribunal for the Former Yugoslavia in The Hague, The Netherlands. He holds a J.D. from the University of Southern California and a B.A. in political science, French, and international studies from the University of Wisconsin, Madison.

[4] The court stated that it could find no source that held a commander liable for the actions of his subordinates before assuming command. See Hadzihasanovic, Case No. IT-01-47-AR72 at ¶ 45. The court also pointed to a number of other sources suggesting that a temporal coincidence is necessary. See id. at ¶¶ 46–50.

[5] Id. at 51. (“[T]he Appeals Chamber holds that an accused cannot be charged under Article 7(3) of the Statute for crimes committed by a subordinate before the said accused assumed command over that subordinate.”).

[10] See Hadzihasanovic, Case No. IT-01-47-AR72 at ¶ 41 (“[A]ny superior who had effective control over the perpetrators months or years after the offences were committed could be held criminally liable for not punishing the perpetrators.”).