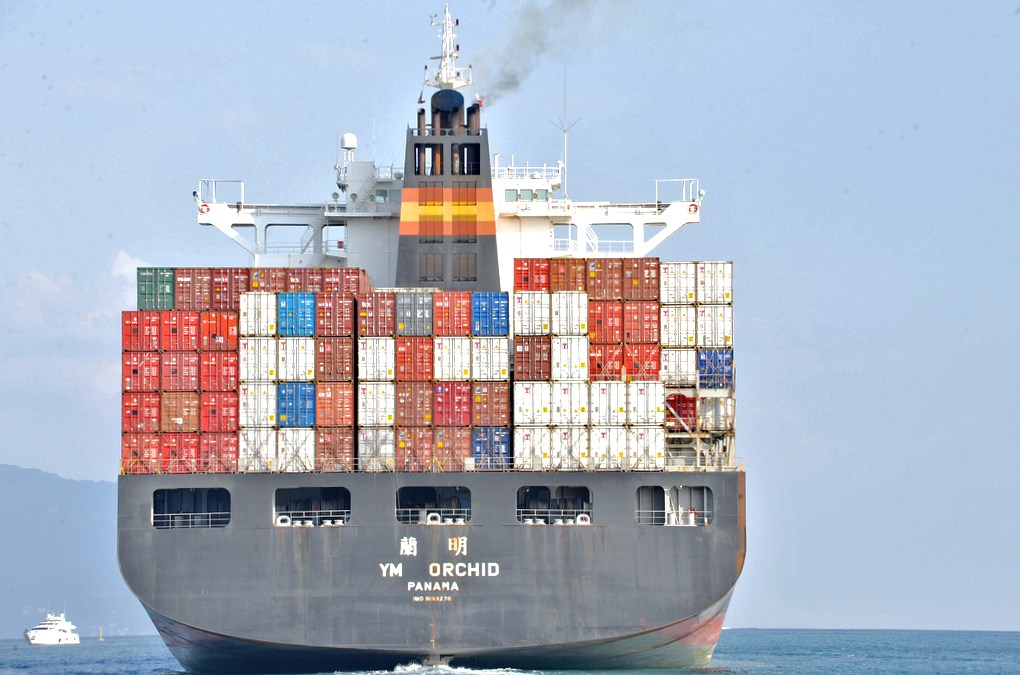 Competing Contradictions: The U.S. Approach to the South China Sea

Perhaps overlooked in the shutdown imbroglio, the White House recently cancelled a presidential trip to a meeting of the Association of Southeast Asian Nations (ASEAN).[1] Instead, John Kerry, the Secretary of State, was tasked with attending the summit. This diplomatic effort is part of the Administration’s ongoing strategic “pivot” to the Pacific, an effort to refocus American interests on the region.[2] A central concern of many southeast Asian nations is control of the South China Sea, and the continuing disputes over Chinese claims were a key issue at the conference.[3]

Kerry pressed for ASEAN and China to resolve their disputes using existing legal means, namely the U.N. Conventional on the Law of the Sea (UNCLOS), which most countries in southeast Asia have signed.[4] However, this approach has been criticized because America is not a signatory of the Convention. This essay describes the context of the South China Sea disputes and examines the argument that the current American approach lacks credibility. After examination, it dispels this argument by presenting the basis in common law from which the United States operates and China’s selective application of UNCLOS’s provisions. Lastly, this essay demonstrates the limited utility of UNCLOS’s dispute resolution mechanism, if it were used by the U.S.

Competing interests in seafaring rights are a constant source of conflict among all nations in the region,[5] but China wields disproportionate power and has made exorbitant claims of control.[6] UNCLOS allows countries to claim up to 200 nautical miles off their coastlines as an Exclusive Economic Zone (EEZ).[7] Within the EEZ, a nation can restrict exploitation of resources, but it must allow other nations the freedom to travel through the zone.[8] China, however, has gone beyond the EEZ boundaries, claiming the majority of the South China Sea under its “Nine-Dash Line.”[9]

Even putting aside China’s claim, the density and geography of the South China Sea preclude the full exercise of exploitation rights under UNCLOS. There simply are not 400 nautical miles between the shorelines of many of the nations.[10] And disputes over island ownership further complicate territorial rights.[11] Fish, oil, and natural gas reserves all lurk in the South China Sea, increasing the stakes by injecting serious economic resources into the equation.[12]

To supplement UNCLOS, ASEAN has been seeking a “code of conduct” to govern territorial disputes. This idea was presented at the 2012 ASEAN summit but was sunk by Cambodia—allegedly under pressure from China.[13] Further ASEAN efforts to present a unified front have been hindered by Chinese political maneuvering. Instead of a singular code of conduct, Chinese officials have pursued a divide-and-conquer strategy, reaching out to each individual ASEAN member to form a collection of separate treaties.[14] However, individual ASEAN nations have not stood idly by. The Philippines has challenged China’s overreaching claims through UNCLOS’s dispute resolution mechanisms, dragging China into international arbitration.[15]

While China and all ASEAN members, except for Cambodia, have ratified the Convention, the U.S. has not.[16] This puts the U.S. among only a handful of countries worldwide who have refused to ratify the Convention, and the majority of these non-signatories are landlocked.[17]

While multiple presidents and the Pentagon have repeatedly urged Congress to ratify UNCLOS, the Convention has found little acceptance.[18] Two reasons exist for this refusal. First, detractors see UNCLOS as an infringement on territorial sovereignty.[19] While part of this claim rests on individualist or nationalist ideals, there is also a commercial explanation: The initial opposition to UNCLOS was driven by domestic industries fearing U.N. oversight and limitation of their seabed mining rights.[20]

The second reason is perhaps more compelling. UNCLOS is seen as unnecessary because the U.S. has accepted its most important provisions as general maritime legal conventions.[21] Under this rational, ratification is irrelevant because the U.S. already complies with the spirit of UNCLOS. Thus, ratification would carry little benefit while potentially incurring significant costs for the U.S. For example, being a member could lead to unintended, restrictive consequences for domestic industry if new interpretations arise. Ratification could also open a new avenue for competitors to challenge American interests and actions.

Putting domestic interests aside, however, Professor Michael Kelly has claimed that, by refusing to ratify UNCLOS, the United States has undercut its ability to support ASEAN and challenge Chinese expansion in the South China Sea.[22] Analogizing to the United States’ involvement in the World Trade Organization, Kelly argues that as a UNCLOS signatory, America could deploy the document’s full force—compelling arbitration on all objectionable actions—against China.[23]

Kelly’s argument ignores the realities of international law, both general realpolitik trends and the specifics of the South China Sea debate. Powerful nations sometimes take a flexible approach to international law.[24] As Jordan Manalastas has noted, the United States has repeatedly justified military actions on principles it finds surpassing the codes of international agreements.[25] Here, the United States’ position is even more credible. To voluntarily refuse to ratify an international agreement and then to insist that the law’s signatories honor their agreements is certainly more defensible than breaking a law one has subscribed to in order to enforce it. If the second proposition sets a precedent justifying action, so too must the first.

Furthermore, the U.S. has consistently supported maritime common laws—the basis for UNCLOS—especially the freedom of navigation. As Jonathon Odom has noted, the U.S. has a long history of principled support of maritime rights, from the early 19th Century through today.[26] Here, the United States’ demands that China adhere to UNCLOS and agree to a code of conduct with ASEAN are a logical outgrowth of its longstanding policy. Instead of the unstable ground that Kelly sees, the tradition that Odom has identified reinforces the position of the United States to make demands.

Running counter to this tradition is China’s inconsistent application of UNCLOS. Its actions dissolve any advantage participation in UNCLOS affords. China accepts the 200 nautical mile EEZ yet simultaneously puts forth the “Nine-Dash Line,” claiming the vast majority of the South China Sea.[27] And even the acceptance of the EEZ as territory granted by UNCLOS is fraught with inconsistencies. Instead of guaranteeing the Convention’s grant of free passage through the EEZ, China has insisted on using it as a “buffer zone” where it has complete control and can exclude foreign ships.[28] Enforcing this buffer has heightened tensions with the United States.[29] These actions, occurring in the EEZ, have been justified by claims of total sovereign control to restrict passage.[30] China also sees the EEZ as operating for its benefit alone, believing it has the 200 mile territorial right to the exclusion of the competing claims of smaller nations.[31] Thus, despite not ratifying UNCLOS, the United States’ position is backed by a more consistent—and credible—history than that of China.

Lastly, the very mechanism that Kelly identifies as useful in challenging Chinese expansion—UNCLOS dispute resolution—has been rendered ineffective by Chinese UNCLOS policy. The Philippines’ arbitration challenge, emblematic of the approach Kelly would have the United States take, has been summarily ignored by China.[32] Even in the event of a favorable ruling for the Philippines, the arbitration decision itself will likely be unenforceable.[33] U.S. claims would likely be equally fruitless and would only serve to ramp up military tensions if the arbitration decision was backed up by force.

Even if U.S. claims were effective, allowing ASEAN countries to pursue their own claims without the U.S. may be more beneficial. A victory by the Philippines, for example, could give ASEAN a moral and political high ground from which to press for the desired code of conduct.[34] Further, while the U.S. may be more willing to bring repeated arbitration actions, its more hands-off approach avoids Chinese criticism of quasi-imperial meddling. Instead of bringing claims from half a world away and reinforcing interventionist archetypes, U.S. support of ASEAN builds consensus among its allies and fosters stronger regional opposition to China while avoiding the cost and risk of pressing maritime claims itself.

While, on the surface, it may seem hypocritical for the United States to push for China to cooperate with ASEAN neighbors in the South China Sea, the U.S. position is amply credible. While the U.S. has not ratified UNCLOS, it has maintained a consistent and principled approach to maritime law that is in line with the spirit of the Convention. By contrast, China has continually overreached the boundaries assigned by UNCLOS, making its position much less sympathetic than that of the U.S. or ASEAN countries. Further, the Convention’s dispute resolution mechanism would likely be ineffective in the hands of U.S. diplomats. Thus, the United States’ current approach is likely the best available in that it lends support to ASEAN countries while avoiding accusations of American interventionism.

* Noah Black is a J.D. candidate at Cornell Law School, where he is the Cornell International Law Journal’s Associate on Asian Affairs. He is an active member of the American Constitution Society and holds a B.A. in English from Rhodes College.

[2] See, e.g., Hilary Clinton, America’s Pacific Century, Foreign Policy (Nov. 2011), http://www.foreignpolicy.com/articles/2011/10/11/americas_pacific_century (“As the war in Iraq winds down and America begins to withdraw its forces from Afghanistan, the United States stands at a pivot point. . . . One of the most important tasks of American statecraft over the next decade will . . . be to lock in a substantially increased investment—diplomatic, economic, strategic, and otherwise—in the Asia-Pacific region.”).

[5] See, e.g., Jane Perlez, Taiwan Ends Sanctions Against Philippines Over Shooting Death, N.Y. Times, Aug. 10, 2013, at A5 (describing a dispute over the a death of a Taiwanese fishermen who was fired upon by the Philippine Coast Guard).

[16] U.N. Division for Ocean Affairs and the Law of the Sea, Chronological lists of ratifications of, accessions and successions to the Convention and the related Agreements as at 20 September 2013, (Sept. 20, 2013), available at http://www.un.org/Depts/los/reference_files/chronological_lists_of_ratifications.htm.

[18] See Bob Reiss, Cold, Hard Facts: U.S. Trails in Race for the Top of the World, Politics Daily ( March 13, 2010), http://www.politicsdaily.com/2010/03/13/cold-hard-facts-u-s-trails-in-race-for-the-top-of-the-world/ (describing President Bush’s and Obama’s support for UNCLOS because of the convention’s importance in securing resources below the Arctic).

[22] Id. (“All of the states in [the South China Sea situation] are parties to the Law of the Sea Convention except the United States. . . . As such, it is difficult for the United States to force compliance with UCNLOS provisions and impossible to avail itself of dispute resolution features as a party—the threat of which could induce better Chinese cooperation, especially in the case of island claims.”).