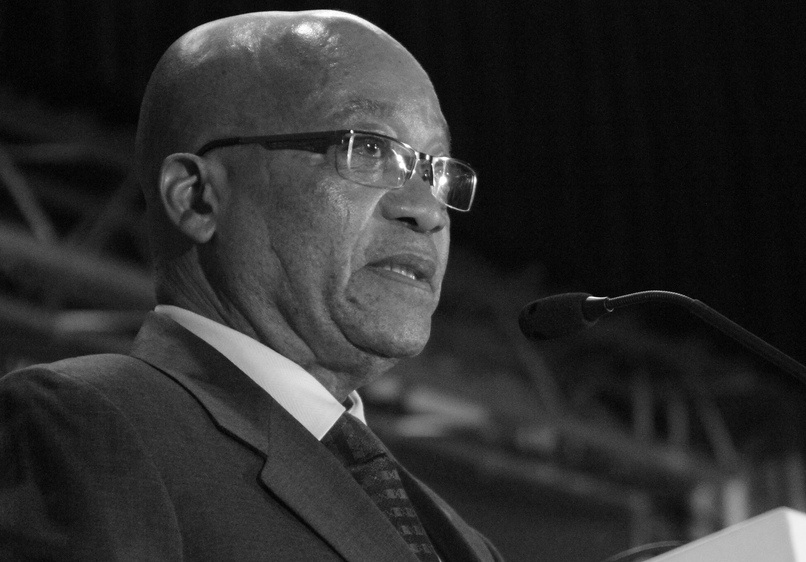 CC Image Courtesy of Linh Do

Earlier this week, on November 12, the South African National Assembly adopted a revised version of the Protection of State Information Bill.[1] The Bill, also known as the “Secrecy Bill,” is one of the most controversial pieces of South African legislation in recent years.[2] The Bill, which establishes a framework for the treatment of classified state information in South Africa, has been criticized by organizations like Human Rights Watch for possibly subjecting whistleblowers and journalists to criminal liability for exposing government mismanagement. [3] Now, the legislation only requires the signature of President Jacob Zuma, who is expected to approve of the latest version.[4]

In reaction to the passage of the revised Bill, the Democratic Alliance—the primary opposition party in the country—has vowed to continue fighting the law.[5] Also, Right2Know, a campaign dedicated to increasing government transparency in South Africa, has issued a statement saying that, should Zuma sign the Bill into law, it will take the matter to the Constitutional court.[6]

But is the Protection of State Information Bill really that bad for journalists and whistleblowers? The answer is undoubtedly yes. At first glance, the Bill appears to establish a fairly typical framework for the classification of state information, and it even provides some handy procedural tools for ensuring that officials are not abusing their authority. Upon closer examination, however, the shortcomings of the Bill will likely have a substantial chilling effect on journalists and whistleblowers throughout South Africa.

Overview of the Protection of State Information

The broader framework of the Bill is pretty straight forward. It establishes three levels of classification for state information—confidential, secret, and top secret[7]—and states that information classified into any of the three categories may only be made accessible to those holding the appropriate security clearance.[8] The authority to classify information is, in turn, given to any “head of an organ of state” and any of their staff who have been delegated classifying authority in writing.[9]

Government officials’ authority to classify information is limited. An official’s decision to classify information is valid only where it is necessary to protect national security,[10] and the Bill explicitly forbids classifying information for the purposes of, inter alia, concealing “an unlawful act or omission, incompetence, inefficiency or administrative error,” avoiding criticism, or preventing embarrassment to a government official or agency.[11] In fact, the Bill even goes as far as to make the intentional improper classification of information a crime, punishable by up to 15 years in prison.[12]

The legislation also contains other provisions that temper the government’s power to keep information from its citizens. For example, as a general principle, the Bill states that any measure taken under it must have regard to the freedom of expression and the right of access to information.[13] The latter is important, as a previous draft of the Bill stated that it would take precedence over the Promotion of Access to Information Act.[14] Under the current version, requests for classified information are referred to the relevant head of the organ of state,[15] whose decision to declassify and release the information is based on a balancing test that includes the public interest and the possible harm from releasing the information.[16] The current Bill also contains a procedure for appealing requests of classified information.[17]

Unfortunately—as is usually the case—the devil of state secrecy is in the details. While officials may only classify information where it is necessary for national security,[22] the term “national security” is very broadly defined. Section one of the Bill states that national security includes the protection of the people and territory of South Africa against a variety of threats like terrorism, hostile acts of foreign intervention, espionage and sabotage.[23] However, it does not define the term on an exhaustive basis. Rather, the provision only states that national security does not include protection against “lawful political activity, advocacy, protest or dissent.”[24] Thus, government officials are left to use their imagination as to what else might constitute national security outside of the exclusions listed.

More importantly, the current construction of the legislation will likely cause a chilling of press coverage and whistleblowing where the information involved is classified. Section thirty-six criminalizes the intentional communication or dissemination of classified information that a “person knows would . . . prejudice the national security of the republic.”[25] This provision is problematic because the definition of national security is not clear. Further, there is no safe harbor provision for disclosures that reveal corrupt or criminal acts. Thus, journalists and other whistleblowers risk being imprisoned for up to 15 years[26] if they reveal classified information that could impact national security, even if their disclosures were motivated by a desire to uncover criminal activity. Because the scope of national security and what would constitute “prejudice” are unclear, it is likely that many journalists and whistleblowers will avoid the risk altogether and not disclose classified information, even where it involves corruption.

But that is not the worst of it. Under section forty-one, it is a criminal offense for any person to intentionally disclose or even possess classified information—whether related to security or not—unless such action reveals criminal activity.[27] This presents a very serious problem for the media. It means journalists reporting on misfeasance that falls short of criminal activity (e.g. negligent mismanagement of government funds) run the risk of being prosecuted where their source material includes classified documents.

While misclassification of information is a crime under the Bill[28]—so reporting on misfeasance that was intentionally covered up by classifying documents would be okay—it requires the official to act with scienter, which is something that a journalist would have no ability to know. That is, a journalist deciding whether to use a classified source would not know the reason a government official classified it. Indeed, she may not even know who decided to classify the document.[29] A document containing evidence of misfeasance could have been classified for innocent reasons. Since journalists will have no way of knowing, it is likely that most will forgo the risk of criminal liability by choosing not to report on government mismanagement where doing so involves using classified information.

But even if a journalist chooses not to use classified information in running a piece and disposes of the classified materials, she still may be in hot water, even if she received them from a third party (i.e. did not take them herself). Under section forty-two, a person who knowingly comes into possession of a classified document that was unlawfully transferred is under a duty to report her possession and return the document to the South African Police, a state intelligence agency, or the organ of state from which it came.[30] Failure to do so could result in up to five years in South African prison.[31]

The impact of this provision is potentially disastrous. If would-be whistleblowers are aware that their only potential source of salvation—the press—is legally obligated to call the police as soon as they walk in the door with classified materials, it is unlikely that anyone in the future will come forward. This could have a particularly destructive impact in South Africa, which already has a very serious problem with corruption among public officials.[32]

“We’ve Always Been at War with Eastasia”

Lastly, the Bill completely lacks any provision dealing with classified information that has entered the public domain.[33] This means a news organization that repeats classified information that has already been publicly announced through a leak could still be liable under the provisions of the Bill. Where most media outlets are covering a story that includes classified information, this feature of the Bill likely would not have any impact. However, it could have a chilling effect if a story is not yet being widely covered. Moreover, even in the case where multiple news outlets are disclosing the same classified information subsequent to the initial break, the lack of a public domain exception could still have a chilling effect because journalists—like most people—are apprehensive about breaking the law, even if others are doing the same. This means that the Bill promotes the bizarre and Orwellian situation where, despite the press all being aware of a development, they are unwilling to cover it for fear of the government’s response.

What’s Next: The Constitutional Challenge

While the legislation will have an undoubtedly negative effect on the ability of journalists and whistleblowers to uncover corruption and mismanagement, it now appears likely that the Bill will become law. All that is required is the President’s signature, and Zuma—the same man who earlier this year expressed his support for “patriotic journalism”[34]—is expected to give his approval.[35] Fortunately, however, this will not be the end of the matter. Both the Democratic Alliance and the Right2Know campaign have vowed to continue to fight the law, meaning that a constitutional challenge will likely follow. If the law comes before the Constitutional Court of South Africa in Johannesburg, the issues will largely turn on the Bill’s impact on the right of access to information[36] and the freedom of expression,[37] both of which are protected by the South African Constitution. Thus, journalists and would-be whistleblowers in South Africa still have some hope of avoiding the Protection of State Information Bill’s flawed framework.

* Byron Crowe is a J.D. candidate at Cornell Law School, currently studying at the University of Cape Town faculty of law. He is the Cornell International Law Journal’s Senior Online Editor and a Managing Editor of its print edition. Mr. Crowe holds a B.A. in economics from Tufts University.

[4] Denise Williams, Secrecy Bill Flaws are ‘Not Just Typos’, Times Live (Nov. 13, 2013), http://www.timeslive.co.za/thetimes/2013/11/13/secrecy-bill-flaws-are-not-just-typos. The Bill was initially approved by the South African Parliament in April of 2013. However, in September, President Jacob Zuma sent the legislation back to Parliament to correct certain typographical errors in the Bill. Id.

[6] Parliament Passes Secrecy Bill Again, and Again (and then Again), Right2Know (Nov. 13, 2013), http://www.r2k.org.za/2013/11/13/parliament-passes-secrecy-x3/ (“Parliament has failed in its duties by repeatedly endorsing this draconian Bill, and if the president signs it into law, we must, reluctantly, turn to the Constitutional Court to protect our hard won freedom.”).

[12] Id. § 45 (1)–(2) (“Any person who intentionally classifies state information . . . in order to achieve any purpose ulterior to this Act . . . is guilty of an offense and liable on conviction to imprisonment for a period not exceeding 15 years.”).

[25] Id. § 36(2) (“It is an offence . . . for any person to unlawfully and intentionally communicate, deliver or make available state information classified secret which the person knows would directly or indirectly benefit a non state actor engaged in hostile activity or prejudice the national security of the Republic.”). It’s also worth noting that the phrasing of the provision makes it unclear whether “directly or indirectly” applies to prejudicing national security or only the first part of the sentence.

[27] Id. § 41. The section also contains an exemption for disclosure or possession that is protected under the Protected Disclosures Act, the Companies Act, the Prevention and Combating of Corrupt Activities Act, the National Environmental Management Act, or the Labour Relations Act. Id.

[29] Remember, heads of organs of state can delegate their classifying authority to others. § 12(2). Thus, a document containing evidence of malfeasance could have been classified by a subordinate, but a journalist would have no ability to know that.

(b) any information that  is held by another person and that is required for the exercise or protection of any rights. (2) National legislation must be enacted to give effect to this right, and may provide for reasonable measures to alleviate the administrative and financial burden on the state.”).