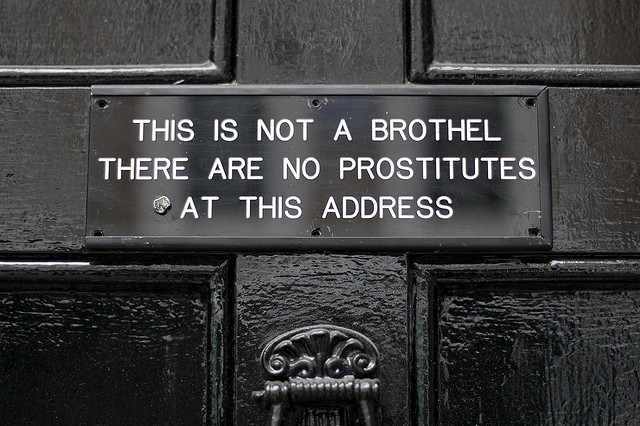 Sex Sells, But You Can’t Buy It: French Lawmakers to Penalize Prostitution Clients

Prostitution has been described as “the world’s oldest profession.”[1] And for as long as it has been around, the occupation has also seen an array of attitudes, both societal and legal. In France, prostitution is legal in a quite limited manner: an adult man or woman may seek or offer compensation for sexual services but cannot advertise even through passive solicitation or being present with revealing clothes at locations known for prostitution.[2] The French Penal Code also includes sections that prohibit assisting, protecting, or profiting from the prostitution of others, the goal being to limit the industry to prostitutes working independently and their direct clients.[3]

Early on November 30, 2013, the French parliament backed a reform of the French prostitution law that will impose a 1,500-euro fine on anyone paying for sex.[4] Under the new bill, which would give France some of the toughest legislation on prostitution in Europe, clients of prostitutes will become offenders while soliciting itself will no longer be a criminal offence.[5] This means that while selling sexual services will in a way become more legal, buying them will come at the cost of a criminal fine. Spearheaded by Minister of Women’s Rights Najat Vallaud-Belkacem, the bill repeals the penalty for passive solicitation and includes help for undocumented immigrant prostitutes trying to change jobs and establish legal residency.[6] Supporters, including feminist groups and associations representing former prostitutes, say that the bill would make the law more coherent and correctly regard clients as sexual offenders and prostitutes as victims.[7]

However, the bill does not have universal support. Organizations representing sex workers claim it would push prostitution further underground, thereby subjecting prostitutes to greater risk.[8] A Paris prostitute and spokeswoman for the STRASS sex workers union said the bill would “do exactly the opposite of what it is designed to achieve,” arguing that “[p]rostitutes will have to work more clandestinely to protect their clients, putting them at greater danger of violence and further away from sexual health services.”[9] She also added that the bill would result in a drop in the number of clients, putting those remaining clients in a stronger position to pressure prostitutes into doing things they do not want to do.[10]

Three hundred forty-three men signed a “Manifesto of the 343 bastards” against the laws, using “Hands off my whore” (“Touche pas à ma pute”) as the movement’s slogan.[11] It echoes the slogan of a 1971 campaign by 343 women supporting legalized abortion. The men’s petition reads that the movement does not defend prostitution, but that it defends freedom.[12] “And when parliament gets involved in adopting rules on sexuality, everyone’s freedom is threatened.”[13] The text continues, “We consider that everyone has the right to freely sell their charms—and even to enjoy doing so. All together, we declare: Hands off my whore!”

French celebrities have also stepped up to publicly protest against the bill. Sixty French celebrities, including iconic actress Catherine Deneuve who played a prostitute in cult film “Belle de jour,” have signed a petition, arguing as STRASS and other groups have, that the legislation will only serve to push the sex trade further underground.[15] Antoine, a veteran French singer, said there was “no link” between the celebrities’ petition and the “Hands off my whore” manifesto.

A survey this year also reveals that the bill does not appear to be in sync with public sentiment. While 73% of those surveyed agreed that the government should come down on clients more forcefully, only 22% supported fining the offenders.[16] The majority preferred an educational approach, such as using ad campaigns to dissuade clients.[17] Another study by the Institut Français d’Opinion Publique (IFOP), commissioned by popular feminist monthly Causette, found that only 32% of those surveyed supported punitive measures against clients.[18] More interestingly, the study also found that 73% of people actually favored reopening of brothels, which have been banned in France for decades, as a way to limit and control prostitution.[19]

If the government’s objective is to act in the best interests of prostitutes, French policy makers should listen to groups such as STRASS. Understanding that legislation is unlikely to ever completely eradicate prostitution is pivotal. Driving the industry further underground would only make it more difficult to control and put the workers in further danger and a weaker position to negotiate. Thierry, a former client of prostitution who joined sex workers in a public masked demonstration outside the French parliament, called prostitution “a safety valve” that “can prevent rape, murders, sexual assaults, and  . . . divorce.”[20] Prostitution, in that sense, may be a “necessary evil.”[21] Recognizing it as such, rather than criminalizing it—for prostitutes or for clients—should be the first step in drafting legislation for the containment and control of the “world’s oldest profession.”

[2] Code Pénal [C. Pén.] art. 225-10-1 (Fr.). Publicly soliciting another person by any means, including passive conduct, with a view to inciting them to engage in sexual relations in exchange for remuneration or a promise of remuneration is punished by two months’ imprisonment and by a fine of €3,750.