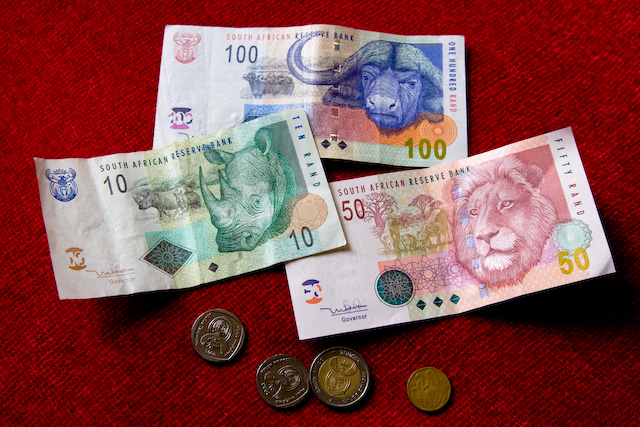 Sub-Saharan Africa continues to grow at an impressive rate, and South Africa has been characterized as the “gateway” to investment in the region.[1] This, coupled with the increasing popularity of cross-border M&A deals, means that foreign transactional attorneys are today much more likely to confront South African commercial law issues. One area of South African commercial law that is particularly important in the context of cross-border M&As is antitrust. This article presents an overview of South Africa’s antitrust framework in the context of M&A transactions and identifies some of the challenges that companies may face.

In South Africa, the Competition Act of 1998[2] is the primary piece of legislation dealing with antitrust issues. Under the Competition Act, firms are generally prohibited from engaging in restrictive horizontal or vertical practices that have the effect of preventing or lessening competition in the market.[3] Firms are also not allowed to abuse a dominant position in the market by, among other things, charging excessive prices to the detriment of consumers.[4]

Perhaps most importantly for transactional attorneys, the Act also contains a number of provisions relating to the control and approval of M&A transactions by the Competition Commission, the Competition Tribunal, and the Competition Appeal Court, the three antitrust authorities established by the Act. Where a transaction is considered a “merger”[5] under the Act—the definition of which includes share or asset purchase as well as statutory mergers—the provisions apply, triggering a number of responsibilities for the parties to the transaction.

The Competition Commission, which is the first of the three antitrust authorities to review a particular transaction, decides whether to approve a merger based on three[15] main criteria: (1) whether the merger will result in a lessening of competition in the relevant market; (2) whether “any technological, efficiency or other pro-competitive gain which will be greater than, and offset, the effects of any prevention or lessening of competition, that may result . . . from the merger, and would not likely be obtained if the merger is prevented”; and (3) whether the merger can or cannot be justified on public interest grounds.[16] In assessing the first criterion, the Commission looks at a number of factors, including the import competition in the relevant market, any barriers to entry, and whether the business of one of the parties to the merger has or is likely to fail.[17]

In assessing the third criterion, the Commission considers how the merger will affect the particular industrial sector or region, the employment rate, small businesses, and businesses owned by historically disadvantaged persons. [18] It also considers the ability of national industries to compete in international markets.[19] The public interest criterion is interesting from an American perspective because, unlike South Africa, the United States antitrust framework does not consider whether a particular transaction is generally in the public interest.[20] Instead, U.S. antitrust laws focus on whether a merger would hurt competition in the relevant market. In this regard, South Africa’s public interest criteria presents an additional hurdle for—particularly foreign—companies looking to consummate deals in the country.[21]

The public interest criteria can be particularly contentious because the Competition Commission’s proceedings are not exclusive to the merging companies. Under the Competition Act, South Africa’s Minister of Trade and Industry can step in as a party in any intermediate or large merger proceeding in order to represent the public interest.[22] Also, while the Commission is conducting its investigation, any person can volunteer to the Commission any information, document, or affidavit.[23] The acquiring firm and the target firm both must provide a copy of the merger notification to any registered trade union that represents a substantial number of their employees.[24] If there is no union, the companies are required to give the merger notification to the “employees concerned” or their representative.[25] This notice to unions and employees allows them to prepare any materials they may want to submit to the Commission. Any documents submitted by third parties, in turn, may affect the Commission’s decision.

South Africa’s antitrust laws present a sophisticated framework for preserving competition in the country’s markets. However, some of the rules also can create serious hurdles for companies seeking to consummate M&A transactions. Because the Competition Commission considers the broader public interest—outside of preserving competition—in making its decision, companies have a larger range of issues they need to address when presenting their case before the Commission. Moreover, because the proceedings before the Commission are open to more than just the parties to the merger, what begins as a mutually beneficial transaction can become a quasi-adversarial proceeding with trade unions and employees seeking to alter or terminate the merger. Finally, even if the parties know that the merger will be approved, they may have to wait a substantial amount of time to close the deal. All of these issues can have a big impact on the outcome of a particular M&A deal.

* Byron Crowe is a J.D. candidate at Cornell Law School, where he is the Cornell International Law Journal’s Senior Online Editor. He holds a B.A. in economics from Tufts University and previously studied the legal aspects of corporate financing structures at the University of Cape Town. This article is presented purely for information purposes and should not be taken as legal advice.

[5] For purposes of the Act, a merger occurs where “one or more firms directly or indirectly acquire or

establish direct or indirect control over the whole or part of the business of another firm.” Id. § 12(1)(a). Under the Act, parties can structure a merger in any manner, including through a share or asset purchase or through a statutory amalgamation or merger. See id.  § 12(1)(b).

[7] Domestic turnover means turnover in, into or from South Africa.

[9] However, the parties to a small merger may still have to notify the Competition Commission, if the Commission later decides the transaction will substantially prevent or lessen competition or cannot be justified on public interest grounds. Competition Act § 13(3)

[12] Large mergers are those where (A) the value of the transaction between both firms is greater than 6.6 billion rand; and (B) the target company’s domestic assets or turnover (whichever is greater) exceeds 190 million rand. Competition Regulations, supra note 6, § 3. A merger being categorized as large—as opposed to intermediate—slightly changes the way it is reviewed. However, it does not change the substantive criteria used to determine whether the transactions will be approved.

[15] See id. § 12A(1) (“[T]he Competition Commission or Competition Tribunal must initially determine whether or not the merger is likely to substantially prevent or lessen competition, by assessing the factors . . . .”).

[20] Horizontal Merger Guidelines, Dept. of Justice (2010), available at http://www.justice.gov/atr/public/guidelines/hmg-2010.html (“The Agencies seek to identify and challenge competitively harmful mergers while avoiding unnecessary interference with mergers that are either competitively beneficial or neutral.”).