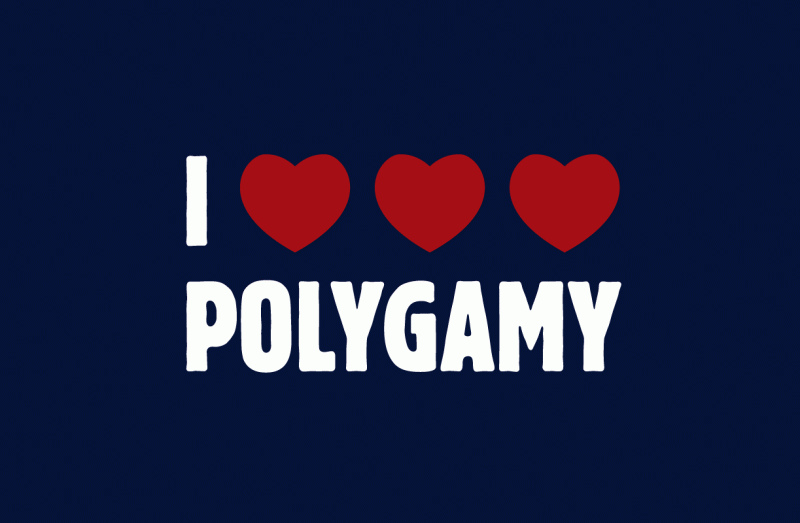 Tokals and Sister Wives: The Role of Religion in Polygamy in Kazakhstan and Utah

Polygamy—the state or practice of having more than one spouse simultaneously—is technically illegal in the Republic of Kazakhstan, but in recent years it has been a “fact of life”[1] that carries no prescribed punishment.[2] Why? A recent article by Nariman Gizitdinov reveals that polygamy is serving as a ticket out of poverty in Kazakhstan, where the practice has become a status symbol for affluent men.[3] As described by a young Kazakh woman named Samal, becoming a tokal—the Kazakh word for the younger of two wives—is desirable because the tokal traditionally gets her own apartment, car, and monthly allowance.[4] Samal even went as far as to say that she would “drop her boyfriend in a heartbeat if a wealthy older man offered to make her his second wife.”[5]

The practice of polygamy has become part of the social fabric in Kazakhstan and, as a result, there have been multiple attempts to legalize it. However, none have made it through the parliament.[6] Some supporters say polygamy is a tradition that exists in different forms in all societies.[7] Many also justify it in relation to Islam,[8] which in certain circumstances allows having multiple wives.[9] While the neighboring nations of Kyrgyzstan and Tajikistan prohibit mullah[10] from performing Nikah, an Islamic marriage, for couples who fail to provide a certificate of civil marriage registration, such barriers do not exist in Kazakhstan. [11] Thus, Kazakhs can have valid marriages to tokals under Islamic law, even though they may not under the country’s civil law. This religious tolerance of polygamy appears to be, at least in part, behind the push in Kazakhstan’s parliament to legalize the practice in the country.[12]

Religion also played an important role in Utah district court judge Clark Waddoup’s recent characterization of polygamy as an exercise of religious freedom. In mid-December of 2013, Waddoup’s 91-page decision in Brown v. Buhman made headlines across the United States[13] for holding that that a Utah law banning cohabitation violated the First and Fourteenth Amendments to the United States Constitution.[14] Under the Buhman decision, one still may not legally marry multiple people in Utah. However, a person can maintain one legal marriage while cohabiting with numerous partners. Judge Waddoups’s decision predictably created much debate: Some social conservatives said the decision “confirm[ed] their worst fears,”[15] while the plaintiffs’ lead counsel characterized the ruling as a welcome end to morality laws.[16]

Utah’s constitutional prohibition against multiple marriage licenses and polygamous behavior came at a time in the late 19th century when the state’s lawmakers were “virulently anti-polygamist” and trying to separate both the state of Utah and the Church of Jesus Christ of Latter Day Saints from the practice.[17] At the time, the Mormon Church permitted some forms of polygamy with the approval of church authorities.[18] Today, the Church prohibits the practice. The Mormon Church’s Official Declaration 1, which was issued in 1890, clearly states that the Church does not teach polygamy or plural marriage,[19] nor does it permit any person to enter into its practice.[20] In 1998, the former president of the Church even stated that if any members are found to be practicing plural marriage, they will be excommunicated, which is “the most serious penalty the Church can impose.”[21] More recently, in the wake of the Buhman ruling, the Church reiterated that it strictly prohibits the practice.[22]

However, the Mormon Church’s prohibition has not meant a complete abolition of religious polygamy in the United States. Many people, like the plaintiffs in the Buhman case, still “adhere to the beliefs of a fundamentalist church that shares its historical roots with Mormonism.”[23] This has led thousands of people in the U.S. to continue to practice polygamy for religious reasons.[24]

The Role of Religion in Both Jurisdictions

While different authorities will decide the final status of polygamy and polygamous practices in Kazakhstan and the United States—the parliament and the federal courts, respectively—the debates in both countries present an interesting look at the use of religion in support of the practice. In Kazakhstan, where Islam generally allows polygamy, religion is being used as a means to justify the practice on moral grounds. Proponents there argue that polygamy should be legal because Islam does not disallow it. In the United States, where the dominant religious groups—including the Mormon Church—reject polygamy, supporters of polygamous practices are using the opposite reasoning. Supporters argue that courts should allow polygamy (or at the very least cohabitation) because to prohibit it means the continuation of unconstitutional morality laws.

In both cases, the use of religion by polygamy proponents presents several questions that are difficult if not impossible to answer. Do supporters of polygamy truly believe that it is an essential part of practicing their religion, or are they using religion to do something the law normally prohibits? If the answer is the former, can (or should) courts identify the true believers? If the answer is the latter, are people in Kazakhstan somehow more or less justified in practicing polygamy because of the financial incentives? As the United States looks to see if Utah’s attorney general will appeal the Buhman ruling and as Kazakhstan anticipates more bills to legalize polygamy, the number and difficulty of these questions could present significant challenges for proponents.

[14] Brown v. Buhman, No. 2:11-cv-0652-CW, at 73, 90 (D. Utah Dec. 13, 2013), available at http://lawprofessors.typepad.com/files/brown_utah_bigamy.pdf. See also Luscombe, supra note 13. (“It’s still illegal to have more than one marriage license in Utah, but polygamists have long done an end-run around this prohibition by maintaining one legal marriage while cohabiting with numerous wives.”).