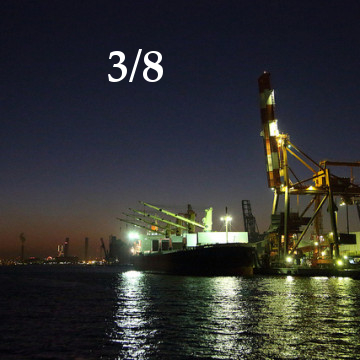 In a move that flies in the face of close to fifty years of national tradition, Japan’s Prime Minister, Shinzō Abe, has begun pushing to dissolve the country’s ban on weapons exports. Rooted in the country’s pacifist post-war constitution,[1] the ban on exports has morphed over the course of its lifetime, growing in response to domestic, anti-war sentiment and shrinking in the face of international obligations. As a result, the law poses a dilemma: it deliberately handicaps Japanese industry in favor of a political ideal that is now beginning to shift. Over the past decade, this law has seen its force slowly dissolve as Japan has pursued industrial growth and international, military cooperation through the increased production of weapons.

This essay begins with a discussion of the history of Japan’s Three Principles on Arms Exports, the basis of the limitations. It then examines Abe’s proposed plan to lift these limits. The essay argues that the policy now stands at a point of conflict, where it must be either maintained at a burdensome economic cost or jettisoned in favor of economic and military expansion. While this poses an almost existential dilemma, to maintain the policy is to allow the political considerations of the past to exert a dead hand over the present.

I. History of the Three Principles

The initial limits on weapons exports came from Prime Minister Eisaku Sato in the 1960s.[2] Responding to political opposition to Japanese support of American efforts in the Vietnam War, Sato proposed the Three Principles on Arms Exports, which the Japanese government later adopted in 1967.[3] The Three Principles forbid weapons exports to three “categories” of countries: communist bloc countries, countries subject to U.N. Security Council weapons embargoes, and “countries involved in or likely to be involved in international conflicts.”[4] Then, in a move to further link this trade policy with the “pacifist spirit of the Japanese Constitution,”[5] Prime Minister Takeo Miki tightened the restrictions in 1976 by expanding the ban to include all countries, effectively halting all Japanese weapons exports.[6]

The 1976 ban stood as the epitome of limitations. Subsequent international developments have led to a series of “reviews” of the export ban. Each new reexamination has edged away from Miki’s heightened restrictions. For instance, in 1983, pressures to conform to the Japan-U.S. Mutual Defense Assistance Agreement led to a limited approval to trade “arms-related technology” to the U.S.[7] In the wake of North Korean missile tests in the early 2000s, Japan further relaxed trade with the U.S. to allow ongoing review and approval of exports on a case-by-case basis.[8] The most recent deviation from the Three Principles came in 2011, when the Security Council of Japan allowed exports to assist with international peacekeeping, development, and humanitarian missions.[9]

Abe’s proposed revisions cut into both the Three Principles and the 1976 blanket ban.[10] Dispensing with the Cold War’s relics, the revisions envision the Japanese government no longer banning weapons exports to communist nations, thereby dropping the first principle.[11] Additionally, the revision would replace the expansive, presumptive ban with a much looser principle, permitting exports that “contribute to Japan’s national security.”[12] While proposed exports would still have to undergo review—especially since two of the Three Principles would remain—the broad language of the new standard would dramatically expand the potential scope of exports.[13] Furthermore, the review process, undertaken by the Prime Minister’s appointed Security Council, would be confidential, unlike the current review regime that issues public opinions.[14]

Unwinding the regulations plays into Abe’s domestic and foreign policy goals. The reform may potentially spark expansion in Japanese manufacturing sectors. Reuters noted that Japanese defense contractors would particularly benefit from the revisions,[15] an important economic benefit given a domestic defense industry that has grown “increasingly sclerotic”[16] under the export constraints. Additionally, this boost to the defense industry is part of Abe’s larger effort, dubbed “proactive pacifism,” to expand Japan’s military presence in order to counter China’s rising influence.[17]

Without revision, the current, restrictive state of Japanese law stands in the way of both Japanese foreign policy and economic development. This potential opening of markets to the Japanese defense industry perhaps fits into Abenomics, the nation’s current fiscal policy that seeks to combine stimulus spending, quantitative easing, and structural reform.[18] Abe instituted the policies to drag the Japanese economy out of the sluggish swamp that it has been stuck in for the past twenty years.[19]  The third tactic of Abenomics – structural reform – is the policy’s longest-term goal, one aimed at boosting both exports and foreign direct investment.[20] The pursuit of this goal in the weapons industry entangles economic prosperity with the nation’s moral underpinnings, but clinging to the Three Principles threatens to undermine a critical extension of the nation’s long-term economic development strategy.

However, Japan’s recent foreign policy indicates a turn from idealism to pragmatism in the face of growing regional threats and economic concerns.[21] Some have criticized Abe’s “proactive pacifism” as a linguistic façade that masks an about-face from the Japanese Constitution’s commitment to pacifism.[22] Here too the country’s commitment to pacifism clashes with its demand for development. Given the decades of reexaminations that have marginally eroded the high point of the 1976 total export ban, the country seems to have set its course on further sacrificing high ideals for concrete economic benefits.

A sacrosanct view of the Three Principles ignores their own grounding in politics. They too arose out of the pressures of their day—demands by the Japanese Socialist Party responding to Japanese involvement in the Vietnam War.[23] The inherent morality of these claims and the pacifist ideals they draw on for strength were a reaction to socio-political contexts that are now distant.[24] If law in any way reflects a nation’s ideals, which here so concretely the Japanese policies do, then as the circumstances defining those ideals change, so too must the law.

* Noah Black is a J.D. candidate at Cornell Law School, where he is the Cornell International Law Journal’s Senior Online Editor. He holds a B.A. in English from Rhodes College.

[4] Ministry of Foreign Affairs of Japan, Japan’s Policies on the Control of Arms Exports,

[8] Id. (noting the motivating effect that North Korean missile tests had in drawing Japan and the U.S. into closer cooperation to develop missile defense technologies), see also Kubota, supra note 2, at 2–3 (characterizing the ad-hoc review of potential defense technology exports as a “fundamental problem” that has prevented policy from keeping pace with the nation’s security, industry, and technology necessities).

[18] Abe’s Master Plan, The Economist (May 18, 2013) available at http://www.economist.com/news/leaders/21578044-shinzo-abe-has-vision-prosperous-and-patriotic-japan-economics-looks-better.

[22] Editorial, Abe’s ‘Proactive’ Pacifism Should Not be Used to Promote Collective Self-defense, Asahi Shimbun (Sept. 28, 2013), https://ajw.asahi.com/article/views/editorial/AJ201309280023 (“Abe seems to be using the term ‘pacifism’ only as a means to win public support for his attempt to allow Japan to exercise its right to collective self-defense by changing the government’s interpretation of the Constitution concerning this issue.”).

[24] Cf. D. Bradley Gibbs, Note, Future Relations Between the United States and Japan: Article 9 and the Remilitarization of Japan, 33 Hous. J. Int’l L. 137, 151–55, 174–75 (2010–2011) (arguing that the growing threats of North Korea and China, the overextension of U.S. military commitments, and the ongoing trend of flexible reading of Article 9 to allow for an ever-expanding Japanese Self-Defense Force all favor an amendment to the substance of Article 9 to make manifest Japan’s remilitarization and to free the country from its outmoded, self-imposed restraints—an argument paralleling the claim that economic necessity should override the pacifist outgrowths of Article 9 that currently limits arms exports).