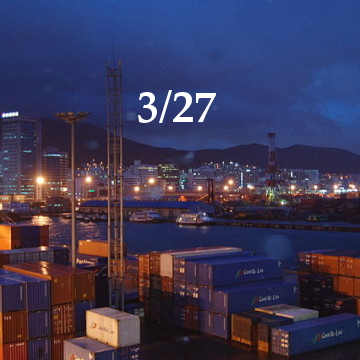 Every Korean who has experienced the Asian Financial Crisis of 1997 remembers the sharp depreciation of the Korean won. In October 1997, just before the crisis, one U.S. dollar was trading at about 915 Korean won.[1] However, by December 1997, the same dollar had more than doubled.[2] Due to this dramatic depreciation of the won, many Korean companies suffered greatly from the sudden spike in the prices of essential imported goods, such as minerals and petroleum products.

Similarly, following the global economic meltdown in 2008, the Korean won once again depreciated significantly,[3] albeit to a lesser extent than in 1997.[4] This time, a large number of export-oriented Korean firms faced another dilemma: Knock-In, Knock-Out (“KIKO”) currency option contracts that they signed onto in 2006 and 2007 when the value of the won was on the rise.[5]

After the wide fluctuations during the Asian Financial Crisis, the exchange rate finally stabilized at around 1,200 won per dollar until 2003.[6] Subsequently, the rate appreciated steadily and it reached 950 won per dollar by 2006.[7] To hedge against the risk of appreciation, many Korean export companies entered into KIKO currency option contracts. However, following the 2008 global financial crisis, the Korean won fell once more, leaving the KIKO buyers with huge financial losses and driving some to bankruptcy.[8] In response, some of these companies sued the banks that sold the KIKO contracts. In many cases, Korean courts have invalidated the KIKO contracts.[9] While this intervention can be justified as protecting a vital national interest—Korea’s export industry—such judicial refereeing also raises concerns that court-mandated paternalism overshadows the freedom of contract.

Compared to standard currency options, KIKOs offer a substantially lower premium. A KIKO buyer gets the right to knock out: the right to sell dollars at a pre-arranged rate. Because exporting companies earn their revenues mostly in U.S. dollars, they need to shield themselves from the risk of dollar depreciation. A KIKO buyer can sell the dollars at the pre-arranged rate even if it is higher than the market rate.[10] Conversely, a KIKO seller retains the right to knock in: the right to purchase dollars at another pre-arranged rate (often in knock-in rate itself) if it appreciates beyond the level specified in the contract. Under the knock-in option, a KIKO seller can potentially reap huge profits. It is this offhand chance at huge profits that creates the contract’s low premium.[11]

Since the Korean won was appreciating consistently at a slow pace from late 2004 to early 2006, many exporting companies expected to reap benefits under the second scenario, and thus rushed to sign KIKO contracts in 2006 and 2007.

Against these expectations, the value of the dollar relative to the Korean won appreciated rapidly in 2008, reaching about ₩1,500/dollar.[16] Having to sell dollars at a rate well below the market rate, the KIKO buyers faced huge losses.[17] Although these firms still received won for their dollars, they lost up to 50% of their monetary value in the process.[18] The buyers ultimately brought legal suits against the banks to invalidate the KIKO contracts.

Many courts, including the Korean Supreme Court have invalidated KIKO contracts, in part because the KIKO-selling banks violated their fiduciary duties.[19] The courts found that the banks did not fully explain the potential risks associated with the KIKO contracts, and only highlighted rosy scenarios.[20] For example, Kim San In, the CEO of manufacturing company Hwaseong described a climate where “banks never, never notified us of these KIKO options’ high risks. . . . [T]hey said they were 99 percent sure the won would continue to rise.”[21] Similar to the U.S. subprime mortgage crisis, these banks received commissions based on the quantity—rather than the quality—of contracts generated. The result was that Korea’s domestic banks had an incentive to sell as many KIKO contracts as possible without properly assessing any risks themselves.[22]

Is such outright judicial intervention desirable? For courts to step in, they step on the freedom of contract. Freedom of contract is a practical principle that is the inevitable counterpart of a free enterprise system because respecting individual contracts safeguards the exchange of goods and services on the free market.[23] Public policy requires “that men of full age and competent understanding shall have the utmost liberty of contracting, and that their contracts when entered into freely and voluntarily shall be held sacred and shall be enforced.”[24] Hence, there is a presumption for enforcing contracts between private parties unless the evidence clearly suggests that the content of the agreement is so one sided as to be unconscionable. Defining the parameters of unconscionability, though, is a daunting task. For instance, how does a court differentiate between lawful market pressure and unfair coercion? Since principled line drawing poses such a thorny problem, court-enforced protection should remain a remedy of last-resort in extreme cases.

This then raises the question: was the KIKO debacle an extreme case necessitating such judicial intervention? For those arguing in favor of this outcome, dramatically unequal terms of exchange plague KIKO contracts, rendering them inherently flawed and unfair.[25] Robert Eagle, Nobel economics laureate, appeared at a Korean court hearing to speak about KIKO contracts as a witness for KIKO buyers.[26] Eagle asserted that KIKO contracts were “rather designed in favor of lenders, not for exporters [because] implied volatility calculated at the time of signing the contract did not reflect the on-coming crisis, the margin charged by the banks was excessive, [and] the companies had more risks with KIKO than if they didn’t have them at all.”[27]

Yet, the KIKO buyers themselves are far from innocent.[28] Most were small to mid-sized companies,[29] and low KIKO premiums allowed these firms to realize short-term gains.[30] In addition, the problems of herd mentality and moral hazard were prevalent.[31] Many companies entered into KIKO contracts merely because their competitors were also signing such contracts. Given the importance of exports in Korea and the prevalence of KIKO contracts among exporting companies, many companies bet on the chance of government bailout.[32] Some even entered into multiple contracts with different banks without justifiable reasons,[33] and others bought KIKO’s for amounts that exceeded their projected overseas income.[34]

Despite the disproportionate potentials for loss and gain, the relative values of consideration in contracts between businesses dealing at arms’ length transactions should not affect the validity of contracts.[35] It would be an uphill battle for many export companies to demonstrate that they are the victims of unconscionable contracts because they understand the inherent risks associated with the foreign exchange market, and they regularly deal with both domestic and international financial institutions.[36] The companies freely and voluntarily entered into KIKOs. Both sides seemingly got what they wanted, at least up until the 2008 global financial crisis. Thus, paternalistic concerns seem to be driving the Korean courts to jettison the basic principle of honoring private agreements among parties. This coddling, protectionist result is undesirable—and perhaps dangerous—because it both reinforces corporate dependency on Korea’s government and potentially opens the floodgates of litigation over private contracts through the setting of a dangerous precedent. A new tool—national economic necessity—would be given to all exporters desirous of escaping onerous contracts. But hand-in-hand with this object is the policy argument in favor of the KIKO buyers. Korea is one of the world’s most trade-dependent nations,[37] and as such the Korean government simply cannot stand idly and let its integral export industry collapse. However, this national necessity can also cut against judicial intervention. Upholding national prosperity is not the sole domain of the courts, and so perhaps other branches of government may take steps to solve the KIKO fiasco even in the absence of judicial intervention. Whether this trend of intervention will continue awaits an answer, given the profusion of KIKO cases still pending.[38]

* Geary Choe is a J.D. Candidate at Cornell Law School. He holds a Master of International Studies from Seoul National University and a B.S. in Industrial and Labor Relations from Cornell University.

[14] Id. Note that the buyer’s potential benefit is limited because the buyer profits only when the current exchange rate falls between the knock-in and the knock-out rates.

[15] Id. In this scenario, the buyer will most likely lose. Once the exchange rate rises above the knock-in rate, it could potentially rise indefinitely, causing a huge loss to the buyer.

[37] Alan Heston, Robert Summers and Bettina Aten, Penn World Table Version 7.1, Center for International Comparisons of Production, Income and Prices at the University of Pennsylvania, Nov. 2012, https://pwt.sas.upenn.edu/php_site/pwt_index.php. Trade dependency ratio is usually calculated by dividing the sum of a year’s total exports and imports by that year’s GDP.