Courts Shall Not Rule on Homeschool Alone: Romeike v. Holder and the Intersection of Fundamental Rights and Asylum, Vol. 2 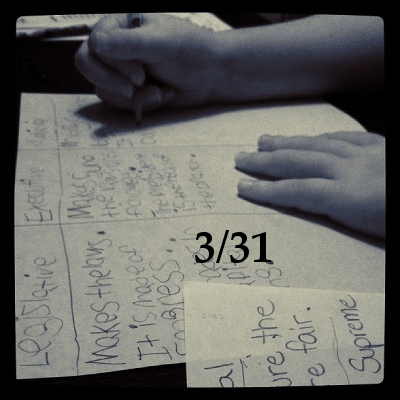 Courts Shall Not Rule on Homeschool Alone:

Romeike v. Holder and the Intersection of Fundamental Rights and Asylum

The devoutly Christian Romeike family entered the United States in 2008 from Germany, which requires all children to attend public or state-approved private schools.[1] The Romeikes feared that the public school curriculum in Germany would “influence [the children] against Christian values.”[2] Prior to leaving Germany, the Romeikes had pursued a path of civil disobedience, homeschooling their children in the face of fines and even police intervention to force their children to attend school.[3] Over the course of their protest, they racked up 7,000 euros in fines, the equivalent of around $9,000.[4]

The family eventually settled in Tennessee,[5] having entered the United States through a visa waiver program.[6] The family applied for and received asylum status in 2010 from an immigration judge who found that the Romeikes “had a well-founded fear of persecution based on their membership in a ‘particular social group’: homeschoolers.”[7] The Board of Immigration Appeals overturned the decision, explaining that the record failed to show that the German government selectively applied the compulsory school to homeschoolers like the Romeikes, and that even if it had, immigration laws do not protect “homeschoolers” because they “lack the social visibility” and “particularity required to be a cognizable social group.”[8]

The family’s case eventually reached the Sixth Circuit Court of Appeals in 2013 as Romeike v. Holder.[9] Here, the court denied the Romeikes’ petition for asylum on the ground that the family had not provided sufficient evidence to prove that the application of the German law, which bans homeschooling, turns on prohibited classifications or animus based on any prohibited ground.[10] The Supreme Court of the United States, on March 3, 2014, declined to grant certiorari to review the Sixth Circuit’s ruling.[11] The Obama administration has stood against the family as well, asking federal courts to side with Germany and its law since it is enforced for all families, not solely the Romeikes.[12]

The Supreme Court’s denial of certiorari and the Obama administration’s stance have sparked outrage among the Christian community in Tennessee, where the Romeike family has received wide support, including the backing of their district congressman Rep. Phil Roe (R-Tenn.).[13] Rallying around the Romeikes, the community even “vowed to engage in civil disobedience” if the Obama administration initiates deportation proceedings against the family.[14] The U.S. Department of Homeland Security, however, decided against deportation and instead put the family on “indefinite deferred action status,” essentially allowing the Romeikes to stay in the United States indefinitely.[15]

Romeike v. Holder is more than a failed asylum case. Briefly, prior to Homeland Security’s unexplained decision to not deport the family, the case galvanized American citizens to aggressively defend an immigrant family’s right to stay in the United States.[16] The view is an interesting one—one that puts the Romeikes in a category somehow different from many other immigrants seeking legal status. “There are nearly 12 million illegal immigrants living in the United States. You’d think the Obama administration could find a place [for] eight immigrants who want to live here legally,” writes Todd Starnes of Fox News,[17] as if the other 12 million illegal immigrants reside illegally out of aversion to abiding the law. But what explains the leniency and compassion toward German citizens seeking to homeschool? It appears that in the fewer than six years that the Romeikes have been in the United States they have, in the eyes of their community, become “American.” Such a transformation shifted the focus away from immigration laws and to the rights that the U.S. Constitution gives to American parents. This article first examines parental rights in both America and Germany, then turns to the Sixth Circuit’s immigration-law based decision, and finally explores the return to rights present in the response of the Romeike family’s supporters.

The Fourteenth Amendment of the U.S. Constitution provides that no State shall “deprive any person of life, liberty, or property, without due process of law,”[18] and the U.S. Supreme Court has long recognized this to include a substantive component providing protection against government interference with certain fundamental rights.[19] The Court has further recognized that the interest of parents in the care, custody, and control of their children is “perhaps the oldest of the fundamental liberty interests recognized by this Court.”[20]

Further discussing parents’ freedoms, the Supreme Court held in Pierce v. Society of Sisters that this liberty includes the parental right “to direct the upbringing and education of children under their control.”[21] The challenged act in Pierce required every parent and guardian in custody of a child between eight and sixteen years to send the child to a public school.[22] In striking this act down, the Court acknowledged that while states have an important interest in ensuring education for children, parents’ constitutional rights limit the ways by which the state may achieve that interest. With this precedent set, U.S. courts have unquestioningly recognized parents’ protected right to homeschool their children.[23]

In Germany, on the other hand, mandatory school attendance has been in place since 1918.[24] Germany’s constitution promotes total State control over education.[25] The European Court of Human Rights even affirmed in 2006 that the interests of the State trump the rights of parents to educate their children, stating that parents may not refuse the right to education of a child on the basis of their convictions.[26]

Parents’ right to choose how to educate their children, however, is not the pivotal issue in Romeike. In the decision’s first paragraph, Judge Sutton acknowledges, “[h]ad the Romeikes lived in America at the time [of their children’s mandated school attendance], they would have had a lot of legal authority to work with in countering the prosecution.”[27] But alas, they were not. And, in the United States, this is not a case on whether parents have the right to homeschool their children. It is an immigration case.

To obtain asylum, an individual must prove that he or she cannot return to his or her native country because of a “well-founded fear of persecution on account of race, religion, nationality, membership in a particular social group, or political opinion.”[28] The court in Romeike found that the Romeikes had not shown that Germany’s enforcement of its general school-attendance law amounted to persecution against them, whether on grounds of religion or membership in a recognized social group.[29] “For better or for worse,” the court writes, “Germany punishes any and all parents who fail to comply with the school-attendance law, no matter the reasons they provide.”[30]

While the Romeikes complain further that the German law “violates their fundamental rights and various international standards and thus constitutes persecution regardless of whether it is selectively enforced,”[31] the law on asylum in the United States provides refuge to individuals persecuted on account of a protected ground.[32] The court importantly notes that the United States “has not opened its doors to every victim of unfair treatment, even treatment that our laws do not allow.”[33] Although the United States protects parents’ right to make decisions regarding their children’s education, this does not mean that a contrary law in another country establishes persecution on any ground.[34]

Overall, the issue of the case did not turn on whether Germany’s policy violates the U.S. Constitution or even whether the German law is a good one; the sole question was whether the Romeikes established the prerequisites of an asylum claim, which is well-founded fear of persecution on account of a protected ground. The general applicability of Germany’s education laws meant that there was no discriminatory targeting occurring—and thus no protected ground being infringed upon.[35]

The result—denial of asylum petition and certiorari—is not a surprising one. Characterizing the inability to homeschool one’s children as persecution that justifies asylum status seems far-fetched at best. What is surprising, then, is how Tennessee Christians—including their congressman—so fiercely came to the immigrant family’s defense.

“This is one of those situations where we are just outraged,” says Dean Haun, the pastor of First Baptist Church of Morristown, the Romeikes’ church.[36] “They’re not on welfare. They are not trying to live off our system. They are very productive, godly, Christian people.”

It appears that the Romeike family’s reason for homeschooling has made the Christian members of their community see the family as undeserving of the asylum scrutiny. Where other, somehow undeserving immigrants must withstand harsh judicial inspection, the Romeikes conversely deserve the benefits and rights that Americans enjoy. Statements by Rep. Phil Roe, who represents the congressional district where the Romeike family lives, are telling:

I am furious about this. You’ve got law-abiding people who did everything right who simply want to home school their kids. . . . I don’t see this as a Democrat or Republican issue. It’s an issue of religious freedom. By golly, if we don’t stand for what, what do we stand for?[37]

Michael Farris, chairman of the Home School Legal Defense Association, the group that represented the Romeike family, rooted his analysis of the legal and political situation in terms of religion rather than immigration laws:

I think this is a part of the Obama administration’s overall campaign to crush religious freedom in this country. . . . I have little doubt that if this family had been of some other faith that the decision would have never been appealed in the first place. They would have let this family stay. . . . It’s a denial of the essence of America. The Pilgrims left England to go to Holland to seek religious freedom. They came here to seek religious freedom and parental rights for their children. Had this administration been waiting at Plymouth Rock, they would’ve told the Pilgrims to go back home.[38]

For the Christian members of the Tennessee community vowing civil disobedience to stand by the Romeikes, the family’s religion has made them not foreign immigrants but essentially American, deserving not of the proper asylum prerequisites but of constitutional rights that parents enjoy in the United States. Religion has transformed an otherwise simple asylum denial into a critical matter of fundamental rights enshrined by the U.S. Constitution—at least for many observers of the case.

Citation: Yujin Chun, Courts Shall Not Rule on Homeschool Alone: