Break, Break, Break, on the Wrecked Fuselage, O Sea! The Large Damages of a Forum Lost Will Never Come Back to Me, Vol. 2 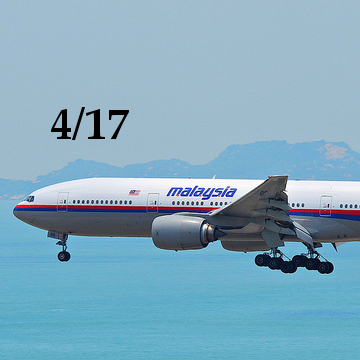 Break, Break, Break, on the Wrecked Fuselage, O Sea!  The Large Damages of a Forum Lost Will Never Come Back to Me

The image of the ambulance chaser is, for better or for worse, the classic stereotype of a lawyer.[1] You can spot him running alongside every new technological development, ready to protect citizens from the dangers of apathetic conduct—or just ready to make a quick buck, depending on how generous you feel. So it is unsurprising that, alongside the new technology deployed to calculate potential permutations of flight vectors or the advances that have allowed us to dive to crushing benthic depths in pursuit of indestructible gadgets, lawyers too have risen to the challenge to dealing with the loss of Malaysia Airlines Flight 370.

Unlike many other tortious devices, however, airplanes have a distinctly international reach, which inevitably complicates the simple act of seeking damages. In response to the trans-national legal issues posed by airplanes, the Warsaw Convention was drafted in 1929.[2] This international agreement settled liability, jurisdiction, and a host of other troubles raised by international air travel. The agreement has been updated over the years; its most recent version, the 1999 Montreal Convention, will likely frame much of the legal action surrounding Flight 370’s disappearance.

One of the most important provisions of these acts are their forum selection clauses—since, as the old civil procedure standard Piper Aircraft Co. v. Reyno has shown, forum selection can determine a case’s outcome.[3] This article examines the recent history of U.S. court interpretations of the Montreal Convention’s forum selection clauses. For the families of the few American victims, the U.S. courts, and their associated generous payouts, are open, but most of the other passengers will have to settle for drastically lower damages.

The Warsaw Convention created four possible forums for cases against airlines: the aircraft’s destination, the carrier’s domicile, the carrier’s principal place of business, or any of the carrier’s places of business where a contract was made.[4] The Montreal Agreement includes all these and adds another potential forum, available only for those seeking damages for the injury of death of a passenger: the passenger’s “principal and permanent residence.”[5]

In the case of Flight 370, the majority of the passengers on the flight were Chinese citizens returning to Hong Kong.[6] It would seem, then, that China would be a logical, natural place for a majority of the legislation to take place. China has signed the Montreal Convention[7] and so its courts are open to the families of Flight 370’s victims. But forum selection is not simply a matter of choosing an available forum, because different jurisdictions tilt the balance towards one of the parties. Chinese courts have taken a skeptical view of damages for accidental deaths, and avoid paying out awards above $140,000 per passenger, in an effort to prevent the creation of a precedent for excessive tort damages.[8]

In contrast to this is, of course, the United States, ever an enticing forum for those seeking opulent tort payouts.[9] America is also a signatory of the Montreal Convention,[10] and the airline service requirement poses little obstacle because Malaysia Airlines has a flight serving Los Angeles (although this flight is slated to end on April 30).[11] The relatives of the three American passengers thus stand to reap large tort awards—and if the relatives of other survivors filed in the U.S., the cases could be consolidated, extending the large damages to foreign plaintiffs, as well.[12]

However, airline and manufacturer defendants have successfully removed cases from U.S. courts to minimize the risk of outsized tort damages. In In re West Caribbean, the relatives of the victims of a crash in Venezuela brought suit in the Southern District of Florida.[13] Their jurisdictional hook rested on contracts for flights signed between the Martinique-based West Caribbean Airlines and a Florida-based travel agency.[14] The defendants responded with a motion to dismiss, claiming forum non conveniens and arguing that Martinique was a valid forum under the Montreal Convention, and a superior forum because it was the flight’s destination and the principal, permanent residence of all the passengers.[15]  The court found the defendants reasoning persuasive and ruled that Martinique, the flight’s destination, was the appropriate forum.[16]

Where the plaintiffs in West Caribbean tried to claw into the U.S. based on contractual connections, the families of foreign victims Air France Flight 447’s crash tried to rope their U.S. claims to the deaths of the two American passengers.[17] In dismissing the case on forum non conveniens grounds, the court found that two American victims were not enough to justify opening U.S. courts to the flood of other foreign plaintiffs.[18] An overwhelming number of factors cut in favor of France as the proper forum: the large number of French passengers, the airline’s identity as France’s national carrier, and France’s ongoing investigation of the crash (and the evidence it would yield).[19] Even when the suit was re-filed with just the Americans as plaintiffs, who then argued that France had a vastly diminished interest in the outcome, the court dismissed the claim again, alleging bad faith.[20]

Here, it seems unlikely that the non-U.S. citizens will able to successfully pursue lucrative U.S. claims. The parallels with Mid-Atlantic, namely the vast majority of non-U.S. passengers and the path between non-U.S. destinations,[21] create a damning factual symmetry. Furthermore, reliance on contractual connections, such as Malaysia Airlines’ code-sharing agreement with American Airlines,[22] seems insufficient when read in light of West Caribbean. A possibility remains, though, that the combination of U.S. victims and a business connection could distinguish a U.S. claim from either of the cases, but other Mid-Atlantic factors forestall this. While the U.S. Navy is cooperating in the search for the downed aircraft, they are merely one part of a broad investigation effort—similar to the disconnect between the U.S. courts and the ongoing French crash investigation in Mid-Atlantic.[23] Indeed, the evidence contained in the wreckage would be half a world away from the lawyers battling in America.

Thus, for the vast majority of passengers, the lucrative U.S. courts look to be closed, and it is likely that even the most talented ambulance chasers in the world will not be able to open those doors. But for Malaysia Airlines, who has flirted with dangerous unprofitable periods throughout the past decade,[24] dodging the multitudinous multi-million dollar payouts, the Montreal Agreement’s forum selection clauses, and their recent interpretations by U.S. courts, are a welcome bit of clarity amid the months of confusion.

Citation: Noah Black, Break, Break, Break, on the Wrecked Fuselage, O Sea! The Large Damages of a Forum Lost Will Never Come Back to Me, 2 Cornell Int’l L.J. Online 84 (2014).

* Noah Black is a J.D. candidate at Cornell Law School, where he is the Cornell International Law Journal’s Senior Online Editor. He holds a B.A. in English from Rhodes College.

[2] For an overview of the diplomatic and drafting history of the Warsaw Convention and subsequent updates, see Melinda R. Lewis, The “Lawfare” of Forum Non Conveniens: Suits by Foreigners in U.S. Courts of Air Accidents Occurring Abroad, 78 J. Air L. & Com. 319, 322-327 (2013).