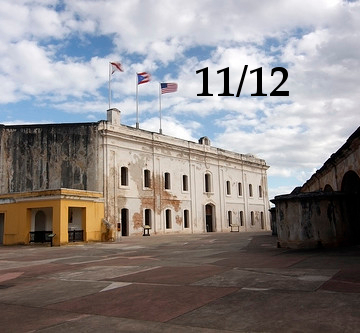 One source of confusion is the language of the Puerto Rican Federal Relations Act (PRFRA). [8] Section 9 of the PRFRA provides that “the statutory laws of the United States not locally inapplicable, except as hereinbefore or hereinafter otherwise provided, shall have the same force and effect in Puerto Rico as in the United States . . .”[9] As a result of this language, litigation ensued concerning the determination of when a federal law was “not locally inapplicable” in Puerto Rico. Courts needed to resolve whether or not Congress decides which laws are applicable to Puerto Rico and what happens when there is a conflict between Puerto Rican local law and federal law. Judicial treatment of this question makes it clear that the biggest issue underlying the problem of federal law applicability in Puerto Rico is the role Puerto Rico plays within the federalist structure of the United States of America. Due to federal laws and a local constitution that differs from that of the fifty states,[10] problems arise that go beyond basic federalism. This work argues that it is time for the United States government to reevaluate whether or not Puerto Rico is an incorporated territory. Incorporation would facilitate the application of federal law on the island, thus allowing the island to escape from the United States’ colonial grasp.[11]

III. Application of the Puerto Rican Federal Relations Act to the Death Penalty

On July 17, 2000, the District of Puerto Rico held that the Federal Death Penalty Act (FDPA)[22] did not apply to Puerto Rico. Among its reasons, the Court stated that the FDPA was locally inapplicable “within the purview of section 9 of the Puerto Rican Federal Relations Act.”[23] The court reasoned that the Federal Death Penalty Act of 1994 “is not specifically made extensive to the Commonwealth of Puerto Rico,”[24] arriving at this conclusion based on the lack of congressional intent[25] within the text of the Federal Death Penalty Act.[26] On appeal, however, the Circuit Court of Appeals for the First Circuit reversed. The Court reasoned that the FDPA was locally applicable because the text of the underlying criminal statutes in the case explicitly applied to Puerto Rico; as such, the punishment derived from the FDPA necessarily applied as well.[27] However, this reasoning ran contrary to many prior decisions dealing with congressional intent and the PRFRA.[28] Although well reasoned, the circuit court’s decision does not comport with the congressional intent rule as articulated by previous courts, and only creates confusing jurisprudence. In prior cases, courts looked only at the congressional intent for the specific law in question in order to determine whether to apply that law to Puerto Rico.[29] Here, however, the First Circuit applied the congressional intent of the underlying criminal statutes and not the congressional intent in the text of the FDPA— the specific law in question. The Supreme Court had the opportunity to speak on the matter and apply a bright-line standard. However, they declined to hear the case. [30]

Under the First Circuit decision, the federal government can execute a Puerto Rican islander under the federal law even though there is no direct congressional intent within the text of the FDPA for the death penalty’s application to Puerto Rico. The congressional intent found by the First Circuit was by no means direct—the court derived the intent from the statutes of the underlying offenses. In previous cases, the court applied direct congressional intent only from the text of the statute in question.[31] Congress could resolve this confusion by incorporating Puerto Rico into the United States. Through incorporation, both federal laws and the federal constitution would apply with the same force that they do to states.[32] This would remove any confusion in the courts as to the showing of congressional intent, and would put an end to what Judge Torruella calls “political apartheid.”[33]

By labeling Puerto Rico as an unincorporated territory, the Supreme Court created a dysfunctional system that makes it necessary for parties to litigate whether or not a federal law applies to Puerto Rico when Congress does not specifically mention the island in the text of a federal law. Even in the complete absence of an explicit reference to Puerto Rico in the statutory text, the First Circuit decided that the FDPA applies with full force in Puerto Rico.[34] Whatever the original ideological underpinnings were that set off the initial storm of the incorporation doctrine, it has undoubtedly complicated the U.S.-Puerto Rican jurisprudential balance. The Supreme Court can quash this complication by reanalyzing the forces behind the doctrine of incorporation, which affects millions of people [35] and creates judicial confusion in courts and on the island. Either the Supreme Court, by overruling the Insular Cases which labeled Puerto Rico as an unincorporated territory, or Congress, by creating new, explicit legislation, should incorporate Puerto Rico into the United States in order to put a stop to unnecessary litigation over the question of whether or not a federal law applies with full force in Puerto Rico.

* Emmanuel Hiram Arnaud is a J.D. Candidate at Cornell Law School where he is an associate for the Cornell Law Review. He holds a B.A. in History from Columbia University in the City of New York. Special thanks to Hiram Marcos Arnaud, my fervent editor, and Nora Ali.

[2] The Foraker Act established a limited civilian government on the island, whose chief executive officer and cabinet were appointed by the President of the United States. Foraker Act, ch. 191, 31 Stat. 77, 81 (1900).

[5] I use the phrase Puerto Rican islanders in order to differentiate between Puerto Ricans on the island who assume a “second class citizenship,” and those who emigrate to the mainland United States, who enjoy the full privileges of United States citizenship. See Hiram Marcos Arnaud, Note, Are the Courts Dividing Puerto Ricans?: How the Lack of Voting Rights and Judicial Interpretation of the Constitution Distorts Puerto Rican Identity and Creates Two Classes of Puerto Rican American Citizens, 22 Cornell J.L. & Pub. Pol’y 701, 710-26 (2013) (describing the various ways in which islanders and mainland Puerto Ricans have different legal rights).

[6] The United States government publicly defines the commonwealth status of Puerto Rico, created in 1952, as “a self-governing, unincorporated territory of the United States.” The meaning of “unincorporated” is at the heart of this article. Frequently Asked Questions, Government of the Commonwealth of Puerto Rico(2014), http://answers.usa.gov/system/templates/selfservice/USAGov/#!portal/1012/article/3807/Government-of-the-Commonwealth-of-Puerto-Rico.

[11] See generally J. T. Monge, Puerto Rico: The Trials of the Oldest Colony in the World (1997) (describing how, despite the commonwealth status, the U.S.-Puerto Rican relationship remains a colonial one).

[13] See generally Anders Stephanson, Manifest Destiny: American Expansion and the Empire of Right (1996) (describing the United State’s infatuation with acquiring foreign land throughout the 20th century and converting it into American states and territories, including Puerto Rico).

[14] Juan R. Torruella, The Insular Cases: The Establishment of a Regime of Political Apartheid, 29 U. Pa. J. Int’l L. 284, 315-316 (2007) (noting that the granting of citizenship to territorial citizens was indicative of incorporation).

[19] Downes, 182 U.S. 244 at 268 (describing that the “fundamental limitations” in favor of personal rights which are formulated in the Constitution apply to Puerto Rico). It is interesting that the Court reached this conclusion in a case concerning a business man attempting to recover duties paid to the collector of the Port of New York. Id. at 347 (Fuller J., dissenting).

[25] The idea of looking towards congressional intent when courts conduct statutory interpretation stems from the traditional analysis and application of federal law to United States territories during continental expansion. Courts traditionally looked for congressional intent when dealing with the application of federal law to matters of local concern within territories. This same traditional analysis applies to Puerto Rico. Elizabeth Vicens, Application of the Federal Death Penalty Act to Puerto Rico: A New Test for the Locally Inapplicable Standard, 80 N.Y.U. L. Rev. 350, 362-67.

[35] 3.6 million Puerto Rican islanders lay at the mercy of a faulty Congressional Intent doctrine. One which allows them to be put to death for committing a crime, without explicit intent from Congress to do so.