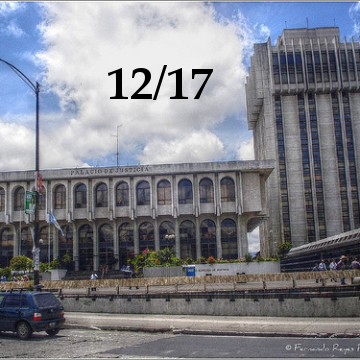 Reality Check: A Realistic View of the United States Labor Action Against Guatemala

Last month I discussed the decision of the United States Trade Representative, Michael Froman, to pursue a labor enforcement case against Guatemala under the Dominican Republic-Central America Free Trade Agreement (CAFTA-DR).[1] This action is an attempt by the United States to force Guatemala to enforce their preexisting labor laws in hopes of creating a safer, prosperous, and more attractive work environment for the Guatemalan people.[2] Froman explained that the United States has an “interest in encouraging Guatemala to create an economic environment that offers [. . .] opportunity, that reassures families that their children have a future at home and that they can make a living by staying rather than risk their lives by leaving.”[3] While the efforts of the United States government to help the Guatemalan workers should be celebrated, there is also a need to be realistic. Any attempt to bolster labor protections in Guatemala’s legal system must acknowledge the great limitations the nation faces when attempting to truly enforce any of their laws.[4]

II. Underlying Corruption and Inefficiency of the Guatemalan Government and Police

Guatemala’s government and police have a culture of corruption.[5] Crooked politicians and police officers often do not face proper prosecution.[6] The police force has been unable to protect Guatemala’s citizenry from crime and violence.[7] Instead, they are widely known for extorting money or sexual favors from the citizens they are supposed to protect.[8] According to a recent study, only four out of the country’s twenty-two police jurisdictions were found efficient, as defined by the analysis.[9] Here, “efficiency” was based on the consideration of a wide variety of important factors including the number of police officers per resident, homicide clearance rate, and the cost of police operation.[10] According to the Congressional Research Service, “up to 60% of Guatemalan territory may be under the effective control of drug traffickers.”[11] To supplement the shortcomings of the police force, the Guatemalan government has relied on their military.[12] This deployment of military force has not, however, improved public safety.[13]

The judicial system is also unable to provide proper legal protections for the Guatemalan people.[14] Judges, prosecutors, plaintiffs, and witnesses often receive threats from drug-trafficking organizations, and these strong-arm tactics further contribute to the breakdown of Guatemala’s judicial system.[15] Public officials engage in corruption by using public funds for political purposes, taking bribes by drug cartel leaders, and handing out favors such as judicial immunity and lucrative public office positions.[16] This graft-filled environment precludes any publicly driven political checks on the collapsing judiciary and police.

The inefficiency of Guatemala’s government and police leave the Guatemalan people with nowhere to turn when they need help.[17] A majority of Guatemalans distrust their police and government.[18] The Guatemalan police is “responsible both for the detection, prevention, and control of crime and violence as well as for providing safety and security to citizens,” but in the face of such deep abuse it is very difficult for the distrusting citizenry to look to the police for protection from the rampant crime and violence.[19]

The U.S. action requires Guatemala to strengthen labor inspections, expedite and streamline the process of sanctioning employers and ordering remediation of labor violations, increase labor law compliance by exporting companies, improve the monitoring and enforcement of labor court orders, publish labor law enforcement information, and establish mechanisms to ensure that workers are paid what they are owed when factories close.[20]

Workers in Guatemala have the right to form and join trade unions, conduct legal strikes, and bargain collectively, with some restrictions.[21] It is illegal for employers to retaliate against employees participating in a strike, so long as it is recognized as legal by the president of Guatemala.[22] Further, antiunion discrimination is illegal.[23] Although these laws are on the books, Guatemala has not effectively enforced them.[24] Employers violate the laws, but the Guatemalan government is unable to “effectively investigate, prosecute, and punish employers who violated freedom of association and collective bargaining laws or reinstate workers illegally dismissed for engaging in union activities.”[25] Further, labor courts rarely impose sanctions for violations of labor law and sanction employers for ignoring court orders.[26]

Due to the lack of labor law enforcement and the high levels of crime, union members have been threatened, attacked, and even killed in retaliation of their organizing efforts.[27] Fifty-three union leaders were killed between 2007 and 2013, and many more were victims of attempted murder and threats.[28] According to the Office of the Special Prosecutor for Human Rights in the Public Ministry, the low conviction rate of the perpetrators of these crimes is due to the lack of funding and staff.[29] Within the workplace, employers use a range of coercive techniques to discourage employees from forming unions and striking. These pressures include harassment, physical threats, and violence, but also encompass threats of factory closures, the creation of illegal company-run unions to oppose more labor-friendly organizations, and firing vocally pro-union employees.[30] The Guatemalan government has been unable to protect or provide redress for workers who suffer from violent attacks and workplace harassment.[31]

The previous section’s examination of Guatemala’s legal system helps explain why the enforcement action’s demands might prove unusually challenging for Guatemala. When drug cartels occupy some 60% of the country’s territory, and they target the heads of unions as enemies, U.S. legal action alone will not solve Guatemala’s labor problems.[32] The country’s failed rule of law directly feeds into and reinforces its anti-union atmosphere. Strong labor protection—and any workers rights—cannot develop in the face of so degraded a system.

While the United States’ efforts to improve the working conditions in Guatemala are important and should be pursued, it is also necessary to have realistic expectations for what this, alone, can accomplish. Guatemala’s issues are deeply rooted and multifaceted, extending well beyond the realm of international arbitration that the U.S. action operates in. To meaningfully alter the poor working conditions in Guatemala it is necessary to realistically consider the countries manifest limitations. A successful campaign to improve workers’ rights must also be a campaign that addresses the high crime rates, the corruption infesting the government and the police, and the country’s crippled judicial system.

*Aida V. Nieto is a J.D. candidate at Cornell Law School, where she is the Cornell International Law Journal’s Associate on Latin American Affairs and a research associate for the Legal Information Institute. She holds a B.A. in Government and a minor in Immigration Studies from the University of Texas at Austin.