O What a Rogue and Peasant State Am I, Vol. 2 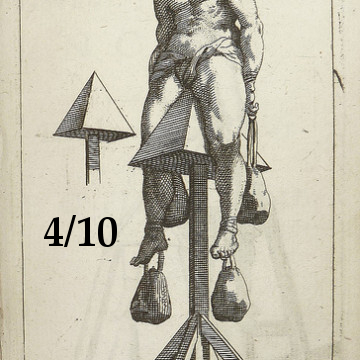 O What a Rogue and Peasant State Am I:

Torture and Impunity in the United States of America

Imagine that the head of a foreign state suborned a covert paramilitary group to torture detainees in secret black sites the world over. That paramilitary group, as it happens, had conspired in the past to topple various foreign regimes that it deemed ill-suited to its taste; and the methods of torture it employed were developed as preparation for what to expect a lawless foe to inflict on them. Imagine further that when the grisly details of that torment came to light, the administration responsible not only defended the practice, but insisted on doing it again. It would be very difficult, I posit, to take seriously that state’s commitment to justice and the rule of law, even and especially as it wages war beneath the banner of those two aims. When that state goes on to aid in the prosecution of foreign war criminals, while continuing to exempt itself from international tribunals, it starts to look rather dubious.

What I have described comports by any reasonable standard with the workings of a rogue state. It is also a precise (if perhaps uncharitable) account of the United States’ very own behavior.[1] Following last December’s release of the report by the Senate Select Committee on Intelligence on the CIA’s interrogation program,[2] President Obama called the vile acts described therein as “contrary to our values.”[3] This was certainly a step forward from the previous administration—whose most memorable comment on the matter was to reveal the unrepentant urge to “do it again in a minute”[4]—but one cannot help but feel the President had simultaneously understated and overstated reality. In the first, most obvious sense, the prohibition of torture is not simply a question of taste, but quite literally an obligation under both international law and domestic U.S. law. Yet in a different way, if any normative disposition could be said to characterize “our values,” that would be a culture of denial and impunity that frustrates any mealy-mouthed claims of taking the law seriously.

There is truly only one way to rehabilitate our image from that of a nation of outlaws and tormentors, and that is to prosecute those responsible. The question we now face, as the machinery of justice whines to a stall, is this: What is at stake if we do not?

The most bothersome obstacle to answering this essential question is the stubborn refusal by some even to admit that what we did amounts to torture. This is a factual dispute, and to the extent that it is worthy of engaging, one need only to examine the Senate Committee’s widely publicized report.[5] Surely all can agree that findings of fact are left best to a court; as it stands, entire forests have been felled for the report to establish a prima facie case for the scale of brutality and barbarism within so-called “enhanced interrogation.”[6]

The second (and more insidious) snag comes from those willing to call it torture, yet who absolve it as defensible.[7] Torture apologists rely often on some version of the “ticking bomb” scenario, or on the ready-made excuse that “we’re at war,” to reimagine torture as a necessary, and even noble, act of dirtying one’s hands. Without conceding anything to any side of the torture-efficacy debate, one must see in the apologist camp a glaring rhetorical hole: the law does not countenance any exception to the prohibition of torture. This is, more or less, the whole point of prohibition.

As a jus cogens norm of customary international law, from which there can be no derogation, the prohibition of torture is absolute and applicable erga omnes.[8] The United Nations Convention Against Torture (CAT),[9] ratified in 1994 by the United States, states explicitly that “[n]o exceptional circumstance whatsoever, whether a state of war or a threat of war, internal political instability, or any other public emergency, may be invoked as a justification for torture.”[10] The prosecution in all circumstances of torturous acts, then, is an obligation under international human rights law. If the language of the CAT was not conspicuous enough, let there be no quibbling about the specialness of war; international humanitarian law also abounds with bans on that particularly odious abuse of wartime licentiousness. Each of the four Geneva Conventions of 1949 treats torture in international armed conflicts as a “grave breach” of their provisions,[11] and Article 3 common to each convention likewise forbids torture in a non-international armed conflict.[12] And, lest I be dismissed as some zealous internationalist, I shall point simply to the United States’ own domestic laws and to the words of the State Department: “Every act constituting torture under the [CAT] constitutes a criminal offense under the law of the United States. . . . No exceptional circumstance may be invoked as a justification of torture.”[13] The illegality of torture ought really not at all to be belabored.

Why has the American public seemed positively allergic to this unambiguous principle? There must lurk in a terror-stricken populace, brimming with national dread, the temptation of cutting corners in the interrogation room. Forbes described us as a nation “unwilling” to rule out practices we find “abhorrent and barbaric,”[14] which is a subtler way to say we are a nation that harbors and enables international criminals (and domestic ones, for that matter).

Elsewhere I have characterized the United States’ eagerness to exempt itself from law (laws which, it must be said, the United States implemented for itself and which it uses swiftly against others) as an extra-legal appeal to “prerogative power.”[15] John Locke described this entitlement as the executive’s “power to act according to discretion for the public good, without the prescription of law, and sometimes even against it.”[16] The invocation of such “prerogative” for the act of torture is troubling in itself, not least because it presupposes what history[17] and the Senate Committee’s report[18] refute: that torture could be an effective means of interrogation. More to the point, it confirms there are no depths to which the security-minded will not sink. It reveals as well the hubristic and tautological reasoning behind our ghoulish practice: torture is permissible when we do it, because we are the ones doing it. The classical fear of prerogative power is that an exceptional and justified act may clear the path for abuse; yet when it comes to torture, that power is not just ripe for abuse—it is the abuse.

The sheer temerity of Yankee exceptionalism has normalized and institutionalized the behavior of individuals who would otherwise sit as the defendants in an international war crime tribunal. Even as it declines to prosecute these torturers for itself, the United States has refused to cooperate with criminal proceedings against U.S. torturers initiated in other competent foreign jurisdictions,[19] thereby violating its international obligation aut dedere aut judicare: to extradite or to prosecute.[20] Sheltering international criminals, flouting international norms and laws, and thwarting the judicial processes of foreign countries—these are the heights of antisocial behavior and the hallmarks of rogue and pariah states. The price of torturers’ impunity is to quarantine our nation from the international community and to cloak our legal system in the colors of criminality.

President Obama’s acquiescence in the crimes of his precursor has not changed much since 2009, when he announced his inclination “to look forward as opposed to looking backwards.”[21] This is rather rich for a man whose job it is to ensure “that the laws be faithfully executed,”[22] among them, inconveniently, the prosecution of torturers[23]—even and especially now that the case against these state-sponsored thugs is more thoroughly founded and known. Perhaps the best argument in defense of non-prosecution was given by Stephen Vladeck, who wrote that the increasing “criminalization of politics” may undermine the development of a historical consensus against these dreadful indiscretions.[24] To be sure, there is something unseemly about a second-term incumbent throwing the books upon disgraced political rivals; and one can almost hear already the clamoring of securitarian lackeys against any ambitious prosecutor or nervous attorney general.

Yet our bigger worry should not be whether a prosecution will be polarizing, but rather which of the options would be tolerable. In the first case, we risk having a politicized (and perhaps fruitless) criminal prosecution; but we would have the pleasure of seeing the apologists and the perpetrators of torture stand before the world to insist—with as straight a face as they can muster—that no crime was committed. In the non-prosecutorial alternative, we would have to sleep nightly with the knowledge that as Videla withered in Argentinian prisons, and while the Chilean courts never tired of pursuing Pinochet—and with the extravagance of American torturers laid openly to air—the United States of America did nothing.

The position I have presented may seem radical, but it is in fact a quite conservative one: that the law should be upheld. As with all regimes that sweep their crimes beneath an ever-bulging rug, all our talk of “justice” and “rule of law” begins to reach a point of diminishing returns.

Citation: Jordan Calazan Manalastas, O What a Rogue and Peasant State Am I:

* Jordan Calazan Manalastas is a J.D. candidate at Cornell Law School. He was the Cornell International Law Journal Online Associate on Middle Eastern Affairs from 2013–14.  His academic writing and legal training has focused on constitutional law, international human rights law and international humanitarian law. He holds an A.B. in political theory from the University of California, Los Angeles.

[3] Barack Obama, Statement by the President Report of the Senate Select Committee on Intelligence (Dec. 9, 2014), available at http://www.whitehouse.gov/the-press-office/2014/12/09/statement-president-report-senate-select-committee-intelligence.

[13] Initial Rep. of the United States to the Committee Against Torture due in 1995, ¶ 6, U.N. Doc. CAT/C/28/Add.5 (Feb. 9, 2000), available at http://www.state.gov/documents/organization/100296.pdf.  Crucially, 18 U.S.C. § 242 criminalizes the willful deprivation of any right granted by the Constitution or the laws of the United States.  Whether the protection from torture derives from the U.S. ratification of the CAT or the Geneva Conventions, the Eighth Amendment’s prohibition of cruel and unusual punishments, or federal criminal statutes (see infra note 23), the prohibition of torture is manifest.  Moreover, state laws criminalize, as a general matter, violence against persons.

[17] For example, the British officer Robin “Tin-Eye” Stephens was renowned in World War II for his effective handling of Nazi detainees, even as he insisted that “[v]iolence is taboo, for . . . it lowers the standard of information.” Simona Tobia, Conclusions to Interrogation in War and Conflict: A Comparative and Interdisciplinary Analysis 268, 288 (Christopher Andrew & Simona Tobia eds., 2014).