A Perversion of Islamic Ethics 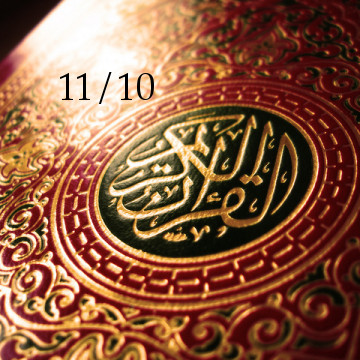 A Perversion of Islamic Ethics: ISIL and its Treatment of Concubines

Written by the CILJ Online Team

The Islamic State of Iraq and the Levant (ISIL) claims to be an Islamic state with a true Sharia’a legal system.[1] Sharia’a, or Islamic law, is the system in which governments use Islamic verses and teachings as the basis for their legal system.[2] The ultimate Sharia’a authority is the Quran, as Muslims believe it to be the direct word of God (Allah). If there are questions unanswered by the Quran, the next source for law is the Hadith, or accounts of the Prophet and his companions’ acts.[3]

In August, 2014, ISIL abducted hundreds of Yazidi civilians upon the capture of the Sinjar region in Northern Iraq.[4] Young women and girls, “some as young as 12,” were forced into sex slavery by the self-proclaimed “Islamic State.”[5] The United Nations Security Council has condemned sexual violence in armed conflict, saying that rape may constitute a war crime or a crime against humanity.[6]

ISIL claims its authority to carry out such actions, however, from the Quran and Hadith, ignoring the legitimacy of international law. Late last year, ISIL created a manual on how its fighters may treat female slaves according to their interpretation of Sharia’a law.[7] This document contains guidelines on when and how it is permissible both to rape and beat slaves.[8] The most shocking portions include the idea that it is acceptable immediately to rape a non-Muslim woman upon capture, so long as she is a virgin.[9]

ISIL’s idea of sex slavery is not entirely new to Islamic law, but their lack of ethics is a novelty. Sex slavery in Islam is known as ma malakat aymanukum (ما ملكت أيمانکم). This phrase is often translated as “that which your right hand possesses”— in other words, slaves.[10] This idea originates from the Quran, which explicitly states that Muslims may have sexual intercourse with slaves:

“Certainly will the believers have succeeded: they who are during their prayer humbly submissive, and they who turn away from ill speech, and those who are observant of zakah, and they who guard their private parts, except for their wives or those their right hand possesses, for indeed, they will not be blamed.”[11]

“And (also prohibited to you are all) married women except those your right hand possesses.”[12]

“So consume what you have taken of war booty (as being) lawful and good, and fear Allah. Indeed, Allah is Forgiving and Merciful. O Prophet, say to whoever is in your hands of the captives, ‘If Allah knows (any) good in your hearts, He will give you (something) better than what was taken from you, and He will forgive you; and Allah is Forgiving and Merciful.’ But if they intend to betray you – then they have already betrayed Allah before, and He empowered (you) over them. And Allah is Knowing and Wise.[13]

“We got female captives in the war booty and we used to do coitus interruptus with them. So we asked Allah’s Apostle about it and he said, ‘Do you really do that?’ repeating the question thrice, ‘There is no soul that is destined to exist but will come into existence, till the Day of Resurrection.’”[14]

A facial reading of these verses leads one to believe that sexual relations with slaves is permitted by the Quran and Hadith. The policies of the early Islamic empire reflected this allowance. The permissibility of sex with captives, regardless of consent, was taken for granted by men in the caliphate, including the Prophet.[15] Medieval Islamic tradition tells of the Prophet accepting the gift of a concubine from the Byzantine commander of Alexandria and releasing her when she bore him a child.[16] The concubine system in the early Islamic empire, however, was not without its ethics. The Quran explicitly recommends freeing slaves.[17] It also states that masters should allow slaves who perform good deeds to purchase their own freedom.[18] Most importantly, masters were forbidden from pimping unwilling female slaves.[19] Early Islamic jurists developed punishments for masters who mistreated their slaves, including forced manumission for egregious offenses.[20]

The institution of ma malakat aymanukum grew along with the Islamic Empire. Female slaves became widely available with the empire’s conquests, spurring a “harem culture” among the Islamic elite.[21] Legal voices confirmed this expansion for the next several centuries. The eighth century jurist al-Shafi’i reflected the general legal consensus when he wrote that a man can take as many concubines as he wished, as God did not limit this in any way.[22] Muhammad ‘Ala al-Din Haskafi, a seventeenth century religious and legal scholar, suggested that the notion of limiting a man with a thousand concubines from taking another is tantamount to heresy.[23]

Slavery (and, presumably, sexual relations with slaves) continued in states governed by Sharia’a law until the 1960’s. Slavery was a part of life in Arabia and surrounding countries, with slaves being imported into the peninsula until the late nineteenth century.[24] Slavery was only abolished in Saudi Arabia in 1964, when King Saud finalized a formal plan to end slavery.[25] Saud claimed that slavery must be abolished because of the practical concern that the Quranic ethics of slavery were no longer feasible in reality.[26]

Over the past several decades, there has been an explosion of moderate and reformist voices in the world of Islamic jurisprudence.[27] These scholars’ interpretations of Islam are much more liberal; such interpretations extend to political Islam on a holistic level, but also to institutions as controversial as sex slavery.[28] Because of these modern reforms in the area of slavery, most Muslims support the liberalized view of slavery. ISIL only has between 20,000 and 31,500 fighters out of approximately 1.6 billion Muslims worldwide.[29]

ISIL seeks broadly to return to the policies of the original Islamic caliphate, but ISIL does not share the caliphate’s ethics about slavery. ISIL is clearly in tune with the medieval permissibility of owning slaves and having sex with them. ISIL ignores, however, the ethical restrictions placed upon slave masters mentioned in the Quran itself.[30] While the world does not know the extent of ISIL’s actions in this area, we do know that ISIL fighters are pimping out their slaves in direct violation of the Quran.[31] ISIL has developed a system of “temporary marriage,” which they claim is legally legitimate.[32] Women are forcibly “married” and “divorced” at rapid paces, sometimes shared between dozens of men over the course of a few days.[33] Even under ISIL’s own rules, one can see that this arrangement is a cheap loophole. ISIL does not allow its fighters to have intercourse with a female slave if owned by another master.[34] Even if the arrangement is temporary and the “husband” will return the “wife” to the master in short order, this rapid trading in blatant disregard of the Quran makes a mockery even of ISIL’s own regulations.

ISIL’s idea of concubines is not new to Islamic jurisprudence. The concept of ma malakat aymanukum originated in the Quran and was practiced for centuries. Even though slavery was relatively common in the Islamic world, there was a code of ethics that slave masters followed. ISIL has created their own ethical standards and their results are deplored worldwide.