Assessing the Impact of Western Sanctions on Russia, Vol. 5 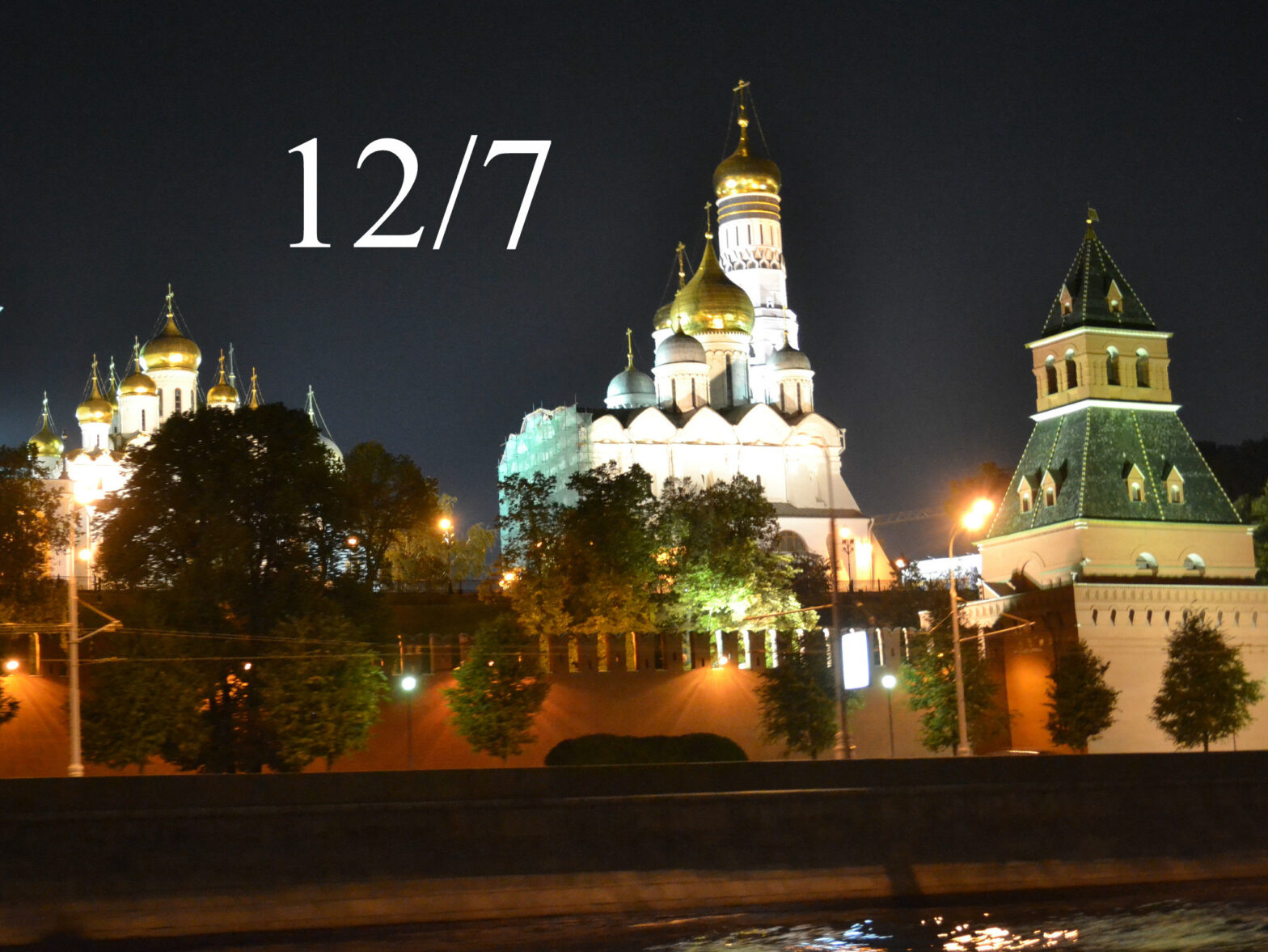 The United States, together with many of its Western allies, has imposed rounds of coercive economic measures on the Russian Federation for its annexation of Crimea.[6]  Seeing as it would be implausible to claim that the United States or its allies have suffered any injury from the annexation, and seeing as the United States and its allies have not imposed the measures through an international institution that can legitimately employ economic coercion, the economic measures seem to be illegal.  Moving past their illegality, it is important to assess what effect, if any, the sanctions are having.[7]

Assessing the Impact of Sanctions on Russia

The Sanctions in Place

A first round of sanctions freezes the assets and restricts the travel of individuals close to Russian President Vladimir Putin, and punishes entities connected to those blacklisted individuals.[8]  The second round makes capital-raising in the West more difficult for certain Russian firms.[9]  A third, less consequential round bans the export of some specialized equipment needed in the Russian defense and drilling industries.[10]

How Does Russia Absorb or Avoid the Costs of Sanctions?

This Article’s central argument is that, whatever punitive or coercive effect the sanctions were supposed to have, that effect has been negated because the Russian government has been able easily to endure costs from sanctions, or to avoid the costs entirely.  The different sanctions are considered in turn, focusing on the first two rounds.  The second round is addressed in the counterargument section of this Article.

It is this Article’s contention that the sanctions on individuals close to Putin apparently represented a mostly symbolic effort to get those people to feel the pain of continued Russian interference in Ukraine.  Perhaps the Obama Administration thought that the individuals would consequently use their rapport with the Russian leader to persuade him to accede to the West’s demands.  Such sanctions, however, are pinpricks.  President Putin dominates the country, so even if the sanctions do mean losing the support of a few influential Russians, the loss seems to be one that he can afford—a loss that neither coerces him nor hurts his country severely.  Whatever the ultimate objective of these sanctions, it seems unlikely that they will have a great effect.  Coercing great powers or meaningfully punishing them takes more than mere pinpricks; modern states are not fragile.[11]

Many Russian firms have successfully danced around Western sanctions that punish them for being connected to blacklisted oligarchs.  Those employing sanctions “never anticipate all the adjustments and reworking that targets can devise.”[12]  If an entity is fifty percent-or-more-owned by a sanctioned party, then that entity itself is placed on the sanctions list.[13]  Through timely transactions, many firms have skirted the sanctions: transferring assets to another entity, usually a subsidiary, can bring the formerly sanctioned firm below the fifty percent threshold.[14]  Consider Russian firms linked to the energy sector, very important to Russia’s economy.  Sogaz, originally established by Gazprom, was controlled by Rossiya until March, 2015.[15]  Rossiya, one of Russia’s largest banks, was put on the sanctions list in March 2015, and “Sogaz should have been [put on the list,] too, as an entity that is [fifty percent]-or-more-owned by a sanctioned party.”[16]  The week before the sanctions were imposed, however, Rossiya transferred a 2.5% stake to Sogaz Realty, a subsidiary of Sogaz.[17]  Thus Sogaz avoided the sanctions because the transaction took advantage of a loophole: a “firm controlled by several sanctioned entities was not itself subject to sanctions if none of them individually owned 50% of it.”[18]  The U.S. Treasury fixed the loophole, but it comes as no surprise that a second stake-reducing transaction once again shielded Sogaz from the revised provision.[19]  Sogaz is just one example.  An unpublished report by a corporate investigations firm has noted that the blatant fashion in which some Russian firms have circumvented sanctions “raises questions about the effectiveness of the existing system and the willingness of the West to enforce its own rules.”[20]

Putin’s countersanctions deserve mention.  The Western sanctions seem to have been used by the Russian leader to Russia’s long-term advantage.  Putin has responded to Western sanctions by banning the import of certain Western foods and closing branches of some Western firms in Russia.[21]  The countersanctions do not represent merely tit-for-tat retribution on Putin’s part.  They not only hurt the West, but also forward Putin’s domestic agenda.  The embargo against Western food imports provides a convenient way of preserving currency reserves.[22]  Thus, far from having any punitive or coercive effect, Putin has used the Western sanctions to Russia’s long-term advantage.

Considering the dire state of the Russian economy, it could be argued that the sanctions are clearly having a great effect.  This Article would contend in response that Russia’s economic suffering comes largely as a result of factors other than the sanctions.

Consider a few aspects of the suffering Russian economy.  First, during the first two weeks of 2015, the Ruble fell by 17.5% against the U.S. Dollar, and inflation was up into double figures.[23]  Second, GDP was expected to fall by anywhere from three to five percent in 2015, and “Russia’s credit rating [was] moving inexorably towards junk.”[24]  Third, the government’s ability to combat the crisis has lost credibility: Russia raised its interest rates to seventeen percent with the intention of slowing the Ruble’s slide, but the effort has not worked.[25]  Fourth, Russia’s reserves may not last more than a year more,[26] despite the central bank’s overstatement of the funds at the disposal of the Reserve Fund and of the National Wealth Fund.[27]  Are these poor conditions a product of the sanctions?

Undoubtedly some of Russia’s economic pain has stemmed from the sanctions.  Sanctions restricting Russian firms’ capital-raising in Western markets have indisputably had a chilling effect on the Russian economy.  Nonetheless, other factors, namely the falling price of oil, account for much more of the economic misery than the sanctions do.  Consider the energy sector, which is of great importance to the Russian economy.  The Ruble is roughly pegged to the price of oil.[28]  The Russian state budget has been calculated assuming that oil would be $100 per barrel, but prices have fallen below $50 per barrel, costing the state $45 billion, or twenty percent of planned revenues.[29]  Oil-backed consumption in Russia was what enabled the fifteen-year growth period before the global financial crisis in 2008.[30]  The fall in the price of oil is unrelated to the sanctions.  American fracking has prompted Saudi producers to refrain from reducing production in order to maintain their market share, thus lowering oil prices.[31]

This Article set out to assess what impact, if any, Western sanctions have had on Russia.  By examining the facts on hand and the study of sanctions in the international legal context, it can be seen that Western sanctions have failed to have a great punitive or coercive impact, because Russia can easily bear or avoid the costs from sanctions.  Russia has avoided or absorbed costs imposed by the sanctions.

The rounds of sanctions presently imposed on Russia affect a number of different and important areas of the Russian economy.  In addition, the sanctions, as explained above, have been altered by the U.S. Treasury in response to Russian attempts at evasion.  In short, these sanctions represent a targeted and proactive effort to respond to Russia’s Ukrainian actions.  Nonetheless, this Article shows that the sanctions have thus far proven impotent.  Their failure casts doubt on the effectiveness of sanctions in general as an international legal tool.

*Joseph LoCascio is a J.D. at Cornell Law School where he is a Cornell International Law Journal Associate. He holds a Bachelor’s Degree from The University of Chicago.

[7] For simplicity’s sake, this Article will refer to the economic measures employed against Russia as “sanctions.”

[22] The End of the Line, Economist (Nov. 22, 2015), http://www.economist.com/news/international/21690041-call-centres-have-created-millions-good-jobs-emerging-world-technology-threatens.