Initial Coin Offerings in China, to Ban or to Regulate, Vol. 6 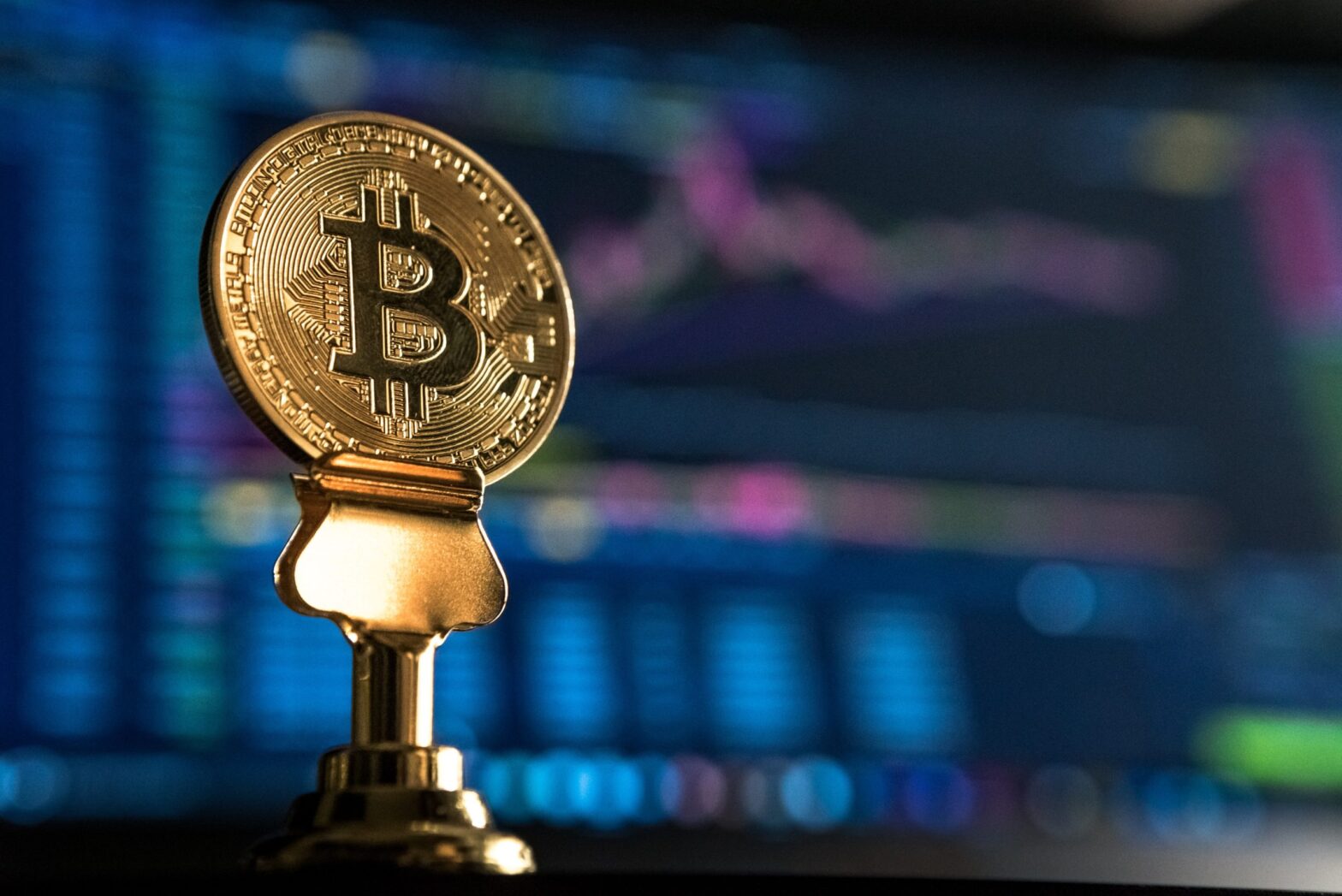 Bitcoin (“BTC”), the first and largest decentralized cryptocurrency, became possible because of a disruptive technological innovation behind it––blockchain.[i]  Blockchain is an openly distributed ledger that can record all transactions between parties.[ii]  What differentiates a blockchain from a normal ledger is that the transactions recorded on a blockchain are verifiable and irreversible, and the ledger itself can also be programmed to trigger transactions automatically.[iii]  The evolutionary potential of blockchain technology has attracted investors and entrepreneurs from around the world to explore its applications beyond currency to finance, market, health, and even art and science.[iv]  In order to fund these new blockchain ventures, another new creature, Initial Coin Offering (“ICO”) was brought to the public.  Through an ICO, a company that wants to launch a new blockchain project invents its own cryptocurrency, just like bitcoin but with no immediate value, and trade the newly-created cryptocurrency in exchange for cryptocurrencies that are of immediate, liquid value.[v]  The newly-created coins are either tokens that represent a stake in the new project or a non-monetary reward.[vi]  Motivated by a profit potential that the project will become successful and the new coins will become more valuable as people flock to the platform,[vii] the number of ICOs soared.[viii]  In the first nine months of 2017, a total of 139 ICOs raised more than two billion dollars globally.[ix]

The high profit potential of ICOs brings with it extreme price volatility.  In the week ending September 3, 2017, forty-one of the largest one hundred cryptocurrencies had a seven-day price change of greater than five percent.[x]  For comparison, the volatility of gold averages around 1.2 percent, and other major currencies average between 0.5 percent and 1.0 percent.[xi]  The sheer volume and the high risks of ICOs poses a huge threat to consumer protection and market stability.[xii]  While the regulatory landscape in most other counties are still vague, China moved to completely ban ICOs.[xiii]  The risks associated with ICOs, however, shall not negate the fact that this mechanism, if well regulated, could prove to be a significant driver for blockchain technology.  A “regulatory sandbox,”[xiv] a well-defined space within which companies can experiment with innovative blockchain technologies in a relaxed and supportive regulatory environment for a limited period of time, can be a potential solution for global regulators.

I. ICOs in China

As one of the biggest markets for cryptocurrencies and blockchain, China has witnessed more than sixty-five ICOs raising over 400 million dollars in the first half of 2017.[xv]  NEO (formerly known as “Antshares”) is a China-based open-source blockchain platform, and its mission is to “reinvent the way commerce is done” through “smart economy.”[xvi]  In November 2015, NEO went online after raising 2100 bitcoins through ICO.[xvii]  On August 8, 2016, NEO commenced a secondary offering and raised over 6000 bitcoins within thirty-one days,[xviii] making it one of the top ten ICOs of 2016.[xix]  Investors reaped huge financial returns as the market price of NEO went from 0.0001BTC (0.15 USD) to 0.009BTC (48 USD) within ten months.[xx]

On September 4, 2017, the People’s Bank of China (“PBOC”) and five other government agencies jointly issued a Public Notice on Preventing Risks of Fundraising through Coin Offering (hereinafter “Notice”).[xxi]  The Notice banned ICO as an “unauthorized and illegal public fundraising,” and ordered that “completed fundraising through coin offerings shall make arrangements to return the funds raised.”  Following the Notice, on September 5, NEO announced a full-refund option for all participants in its ICOs, and claimed that this action was voluntary and to the benefits of the company.[xxii]  The market price of NEO dipped fifty percent following the Notice.[xxiii]

II. Reasons Behind the Ban

Unlike an Initial Public Offering (“IPO”), which face tons of government-imposed regulations and standardized business practices, ICOs are largely unregulated.[xxiv]  Moreover, there is no real-world market basis to evaluate an ICO.[xxv]  As an investor, a list of all open ICOs is readily available online, and a document prepared by the startup itself explaining all the terms and conditions, business model, and legal framework is all that is necessary to make the investment decision.[xxvi]  While there are a lot of legitimate blockchain projects like NEO, the unchecked and uncontrolled nature of ICOs has made it a hotbed for pump-and-dump scams.[xxvii]

III. The Current Legal and Regulatory Landscape of ICOs

The skepticisms around ICOs mostly center on its fuzzy characteristics.  While some ICO issuers described it as a “donation” in order to avoid any potential legal liability,[xxxii] most people in the blockchain community liken it to crowdfunding.[xxxiii]  By definition, crowdfunding is “the practice of funding a project or venture by raising many small amounts of money from a large number of people, typically via the internet.”[xxxiv]  Just like crowdfunding, there are generally two types of ICOs, one is equity-based, and the other is rewards-based.  Equity-based ICO offers investors partial ownership of the company where investors can share the revenue if the company does well,[xxxv] whereas rewards-based ICO grant newly-created cryptocurrency that gives access to new blockchain ecosystems to investors.[xxxvi]  NEO’s ICO is an example of the latter type.   In the United States and in China, Equity-based ICO is considered to be “an investment contract” within the scope of securities offering,[xxxvii] but the applicability of current securities laws and what kind of tailoring is required remains unclear.[xxxviii]  Rewards-based ICO, on the other hand, is still developing at its own liberty and only subject to platform’s self-regulation.

Equity-based ICOs are highly risky because there is basically no fundamental value for investors to evaluate the economic utility of the cryptocurrencies, and there is no formal process to audit or assess the business plans of the blockchain startups.[xxxix]

For Chinese entrepreneurs and investors, even with the recent ban, the regulatory landscape remains murky.  In July 2015, ten regulatory bodies jointly issued a Guiding Opinion with Respect to the Promotion of Healthy Development of Internet Finance (“Opinion”).[xl]  The Opinion required all equity crowdfunding to go on public platforms, and that only small and micro-enterprises and startups who face significant difficulties in seeking financing from traditional sources can initiate equity crowdfunding.  The Opinion also required the startups to disclose faithfully information about their business model, business management, and financial status.  Most importantly, the Opinion pointed out that the regulatory responsibility shall fall onto China Securities Regulatory Commission (“CSRC”).[xli]  Shortly thereafter, in August 2016, CSRC issued a Notice, redefining equity crowdfunding as “Internet-based private equity crowdfunding.”[xlii]  This “slight” change made equity crowdfunding significantly harder in China because of four stringent requirements tied to private financing: (1) Investors shall have more than $500,000 personal assets in order to invest; (2) the total number of investors shall not be over 200; (3) no public promotion is allowed; and (4) firms have to be organized under partnership to qualify.[xliii]  Following the Notice, the number of new crowdfunding projects still increased in the second half of 2016, though at a significantly lower rate.  On the other hand, the amount of fund raised increased in the second half of 2016, likely due to the shutdowns of disqualified crowdfunding platforms and investors’ preference for higher valuation projects.[xliv]

While equity-based crowdfunding projects are deemed highly risky and thus contentious, rewards-based crowdfunding projects carefully steer away from promising any equity or financial returns, and instead ask for “backers” to support their creative ideas and entrepreneurial spirit.[xlv]  Currently there is no specific regulatory requirement for rewards-based crowdfunding, and the monitoring and regulation is left to the platforms themselves.  Kickstarter, one of the most famous rewards-based crowdfunding platform, has its own rules of information disclosure for projects launched on the platform, and it has an integrity team to monitor any suspicious activity.[xlvi]  In the meanwhile, however, the platform makes it clear that there is no guaranteed success and Kickstarter will not issue refunds if projects fail.[xlvii]  Taobao, one of the largest e-commerce companies in China, has launched its crowdfunding platform where the backers’ interests are protected by a third-party intermediary.[xlviii]  Startups receive the total fund only after they complete the project and backers acknowledge receiving the rewards.[xlix]  The platform is experimenting using commercial insurance against the potential risk.

While a total ban probably isn’t the end, to regulate ICOs under the current securities framework is also a bit too stretched.[l]  Other than the one-size-fit-all approach, another possible solution could be a “regulatory sandbox,” which has been adopted in UK, Singapore, Australia and many other countries in regulating the booming Fintech industry.[li]

A regulatory sandbox allows startups to test new products and services in a live environment for a limited time without having to undergo a normal authorization and licensing process.[lii]  Instead of erring on the side of caution and missing promising innovations, startups meeting certain criteria are authorized to get into the “sandbox” where they can take advantage of launching the business with relaxed regulatory requirement.[liii]  Regulators, on the other hand, can also benefit from this process by getting real-time reports from companies with regard to the outcomes of different regulatory scenarios, and they can use the outcome to customize regulations.[liv]

The sandbox tool has three stages: application and evaluation, experimentation, and exit.[lv]  Companies need to first submit an application and go through evaluation of their suitability to enter into the sandbox; once approved, companies are granted customized authorizations which allows them to test the regulation as long as they stay within some authorized parameters.[lvi]  There is also a reporting requirement attached to the experiment.[lvii]  At the end of the sandbox period, companies must exit, and they either go about deploying the services on a broader scale or discontinue the services due to a failure to comply with the regulatory requirements.[lviii]  At each of the three stages, there are enormous challenges regulators have to overcome.

First, operating a sandbox requires large amounts of human and financial resources.  Indeed, there needs to be a designated and highly specialized team to evaluate applications, oversee experiments, and address all the questions that might come up.[lix]  Because every applicant would be a different case and would go through different scenarios, there ought to be a lot of communications and adjustments along the way.

Second, setting up rules requires discretionary judgement by the regulating authorities.  At the application/evaluation stage, certain factors such as the true innovativeness of the ICO project, whether it helps solve certain “pain-point” for the industry or the consumers, the financial soundness of the company, managerial readiness and the company strategy might all be looked into.  At the experimentation stage, regulators have to determine the specific legal and regulatory requirements they are prepared to relax for each case, as well as the requirements that they intend to maintain across the board.

Third, it is important to address transparency and engage public in the whole process.  Investors could potentially use the information prepared by companies for their sandbox application to make a more informed investment decision, and they can provide valuable feedback to regulators of the outcome of the experiments.

Blockchain technology promises a world where intermediaries are no longer necessary, and individuals and organizations could freely interact with each other with no transactional cost.  As one of the very first blockchain innovation, ICOs create a grey area.  ICOs can be used to spawn valuable innovation, and can also be used to create Ponzi schemes and bubbles.  As one columnist put it, ICO stands for “investor caution obligatory.”[lx]  The Chinese government has stepped in to crack down the ICO market, but it is very likely that regulated ICOs can become legal again.  Regulation of the complex landscape of ICOs requires cross-boarder collaboration and calls for flexible regulatory efforts.

*Jing Yang is a J.D. Candidate at Cornell Law School where she is an associate of the Cornell International Law Journal.  Jing holds a Bachelor’s degree from Renmin University of China, and a Masters in Industrial and Labor Relations from Cornell University.