The Exclusion of Immigrants in the Military and How it Hurts the United States, Vol. 6 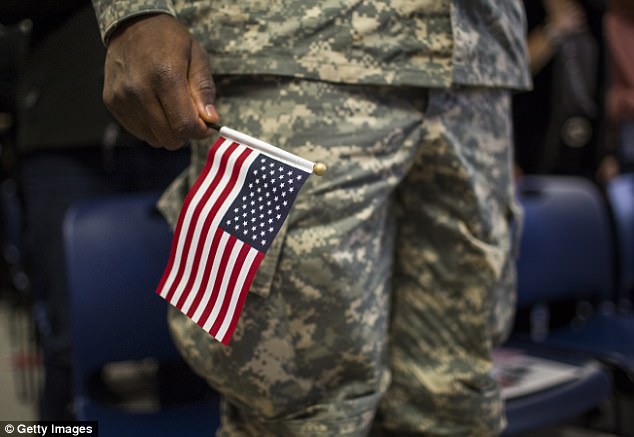 In 2016, the Pentagon announced the closing of the Military Accessions Vital to the National Interests (MAVNI) program.[1]  The program’s closure suspended pending applications and stalled recruits who had started the process.[2]  Created in 2008, the MAVNI program provided expedited citizenship for those who possessed valuable specialties or highly sought- after language skills.[3]

Originally, the purpose of the program was to attract highly skilled foreign residents to join the military.  Yet, starting in 2012, the Obama Administration used the MAVNI program to provide a pathway to citizenship for undocumented immigrants living in the United States since childhood (Dreamers) if they joined the military while enrolled in the Deferred Action for Childhood Arrivals (DACA) program.[4]  Sending DACA recipients to the MAVNI program harmed both programs because only a select few DACA recipients (an estimated 900 DACA recipients currently serving in the military) possessed highly sought-after specialties or language skills meeting the stringent requirements.[5  As a result, the Department of Defense changed how the MAVNI program operated and required additional security screenings, which caused a substantial backlog of applications and longer processing times.[6]

Under § 329 of the Nationality and Immigration Act, “Any person who, while an alien or a noncitizen national of the United States, has served honorably as a member of the Selected Reserve of the Ready Reserve or in an active-duty status in the military may be naturalized as provided in this section.”[7]  Since 2009, more than 10,000 immigrants (mostly individuals on student or employment-based visas) have enlisted in the Army through the MAVNI program.[8]  MAVNI applicants must have lived legally in the United States at least two years to be eligible.[9]  Program participants are sworn in as citizens upon completing basic training, without having to first obtain a green card or permanent residency, making the program the fastest path towards citizenship available.[10]  In return, participants must serve eight years in the military, and they can lose their citizenship if they fail to serve honorably.[11]  Federal regulations under 8 USC § 1227 states that any alien who has committed an aggravated felony is deportable.[12]  Moreover, the Army must discharge any recruit who has not shipped to basic training within two years of joining the program.[13]

From its inception, the program faced heavy criticism.  Supporters argued that the program attracted high-caliber foreign recruits when it was difficult to recruit well-educated and highly-skilled native-born Americans to join the military.[14]  On the other hand, critics expressed concern that terrorists could infiltrate the program despite the fact there has never been a MAVNI recruit charged with terrorism.[15]  Nevertheless, according to some officials, “anti-immigration sentiment has swirled in the Pentagon for years,” insofar that the immigrant recruiting process is saturated with additional security checks for visa holders that are vetted by both Department of State and Homeland Security.[16]  One of the program’s main problems was the confusion among states and difficulty for recruiters navigating through regulations and background checks, which often lead to immigrant recruits having their contracts cancelled.[17]

This article examines the composition of the United States military in two respects.  The first part revolves around how the cancellation of the MAVNI program will affect DACA recipients.  The second examination centers on the difficulty of recruiting highly-skilled recruits and increasing cost of military personnel from problems embedded in the immigration system. Without a stable supply of skilled recruits, the United States military would face a severe shortage of interpreters, medical personnel, and educated officers among its ranks.  In this regard, motivated foreign recruits provided much-needed skills to the military, which could face several operational obstacles and higher expenditures as a direct result of closing the MAVNI program.

In 2014, the Military Accession in the National Interest program was opened to immigrants who came to the United States without documentation if they came to the United States with their parents before the age of sixteen.[21]  These immigrants had to be approved under the 2012 Obama Administration Deferred Action for Childhood Arrivals (DACA) program to qualify.[22]  DACA recipients under the program were capped at 1500 recruits per year and, on average, the military recruited about 5000 noncitizens (nearly all permanent residents) per year.[23]  Additionally, starting in 2006, the military began to accept foreigners with nonpermanent visas such as students or tourists, if they had highly valued skills such as foreign language expertise or specialized healthcare training.[24]  These foreigners were eligible for expedited citizenship once entering military service.[25]

The Pentagon estimated there are about 65,000 green card holders serving in the military, which amounts to about five percent of all active duty personnel.[26]  However, the Department of Homeland Security does not count the number of veterans who have been deported, which experts estimate could be in the thousands.[27]  As a result, the risk of deportation discourages many immigrant recruits away from joining the military.  The effects of military service often lead service members to abuse drugs and engage in criminal activities to feed their addiction.[28] Specifically, a change to the Immigration and Nationality Act (INA) in 1996 allowed the United States to deport legal residents for aggravated felonies or moral turpitude, which the courts have interpreted as conduct that is “based, vile or depraved.”[29]  Under 8 USC § 1227, federal regulations specify the classes of aliens that may be deportable:
Any alien who is convicted of a crime involving moral turpitude committed within five years . . . after the date of admission, and is convicted for which a sentence of one year or longer may be imposed, is deportable . . . Any alien who is convicted of an aggravated felony at any time after admission is deportable.[30]

Some commentators have concluded that an “aggravated felony” can be considered a misdemeanor and is a “made-up immigration term” to justify the deportation of legal residents.[31] When the term “aggravated felony” was introduced, it referred to murder, drug possession, and firearms trafficking.[32]  Later the definition was broadened to include less severe crimes such as theft or failure to report a change of address.[33]  As a result, § 1227 does not permit judges to consider mitigating factors such as a defendant’s military service or any other aspects of their life, instead the law focuses on the crime committed.[34]

The Consequences of Ending the MAVNI Program

Despite some problems, the MAVNI program was successful.  Advocates, defense analysts, and the military’s own assessments of the MAVNI program pointed to national security benefits, reduced recruitment and training costs, and a steady stream of military recruits.[35] Insiders pointed to concerns about security risks and internal mismanagement as the primary factors for closing the program.[36]  However, the termination of the program could produce dire consequences that would affect the military’s capacity to conduct missions and operations around the world.[37]  Specifically, the consequences are loss of valuable skills such as languages and cultural competencies, potential shortages of combat deployment cleared troops, and higher personnel costs.

The second consequence is a shortage of physicians with the potential to affect the number of troops given combat deployment orders.[41]  For example, all recruits must obtain dental clearance as part of a health-related issues checklist before combat deployment.  The MAVNI program fulfilled an immediate need by filling half of all vacancies in the Army Reserve Dental Corps in the first year from the program.[42]  To put that into perspective, currently two-thirds of all Army Reserve dentists are MAVNI program recruits.[43]  The MAVNI program created a pipeline of trained medical professionals incented to join the military for citizenship.[44] Without available medical professionals, the military would have to find medical personnel elsewhere or provide larger, more costly incentives for native-born Americans to join the military.

Relatedly, increasing personnel costs have led the Department of Defense to shift funds from military operations and supplies to personnel.[45]  It is true that program recruits are a fraction of active troops, but the potential loss and access of highly sought-after skills could lead to security consequences.[46]  It is more difficult and expensive to recruit American citizenship with highly sought-after skills than to retain those already in military service because of competition from the private sector.[47]  This problem of covering personnel costs is so severe that the Department of Defense would often pull money out of operations and maintenance, such as replenishing munitions and repairing vehicles damaged in combat.[48]

Additionally, the Pentagon’s own review of the program found that MAVNI recruits had a lower attrition rate, meaning that they were more likely to remain in the military than American-born service members, which would save the military additional expenses in the near future.[49]

Criticisms of the Program

The MAVNI program closed due to concerns related to national security and legal questions about granting citizenship to foreigners.  Pentagon and national intelligence officials stated that recruits had connections to foreign intelligence services or have become insider threats.[50]  Along these lines, officials also stated that it would be both expensive and time-consuming to investigate these recruits more carefully.[51]  The Pentagon decided to end the program despite the many benefits recruits provided to the military.  As such, MAVNI recruits could face deportation to hostile countries. With the formal closure of the program, questions surrounding whether the military should be open to foreigners led to debates about balancing national security and the need for specialized skills against maintaining trust of the recruits who have pledged their loyalty to their adopted country.[52]
Similarly, bureaucratic stalling and extensive vetting created another set of issues. Recruits who did not receive permission to attend basic training within 730 days (two-years) after signing their contract were considered “timed out,” and they were dropped from the program before serving.[53]  Recruits worry about whether they would be able to serve in the military and remain in the United States or would be seen as outsiders and deported to their country of origin, where they may be killed because of their ties to the United States military.

The MAVNI program strengthened the military capacity of the United States.  Compared to other branches of the armed forces, the Army is considered weaker due to decline in military resources, inadequate equipment, and fewer troops for deployment.[54]  A Heritage Foundation report stated that the main threats to the United States stem from Russia, China, Afghanistan and Pakistan, with the largest threat being North Korea.[55]  Foreign recruits that speak these languages provided a great benefit to the military, but without the MAVNI program many could face deportation unless immigration law is changed, or a new program emerges that allows foreign recruits to remain in the United States.  Many recruits, who have sworn allegiance to the United States, could face harsh interrogations if they were deported to countries such as China or Russia.[56]  There is also the possibility that public announcements and photos of formally enlisted American personnel would be posted on social media that could be exploited by adverse intelligence agencies as propaganda, in effect, attacking the United States.[57]

As a result of changing immigration law and policy surrounding the military, recruits under DACA, and the MAVNI program have sought preemptive refugee or asylum due to the threat of deportation.[58]  Some recruits have fled or have considered fleeing to Canada, Germany, Australia and other countries, where they might be welcomed.[59]  With the closure of the program and ability to deport foreign recruits, the Department of Defense undermined not only the program, but also immigrant recruits, who are unlikely to trust the military in the near future.[60]
Roman legions of the past promised foreign and so-called barbarian recruits citizenship in exchange for their military service.  The Roman Empire benefitted from such an arrangement in securing its borders, until Rome rescinded its promise of citizenship, and the barbarians turned against their former benefactors that lead towards the sacking and eventual downfall of the Roman Empire.  In this regard, a change in immigration policy would not only benefit foreign recruits, but the entire United States as a whole.  Yet the termination of DACA, and the MAVNI program coupled with open hostilities towards immigrants makes that possibility very unlikely in this difficult political climate.