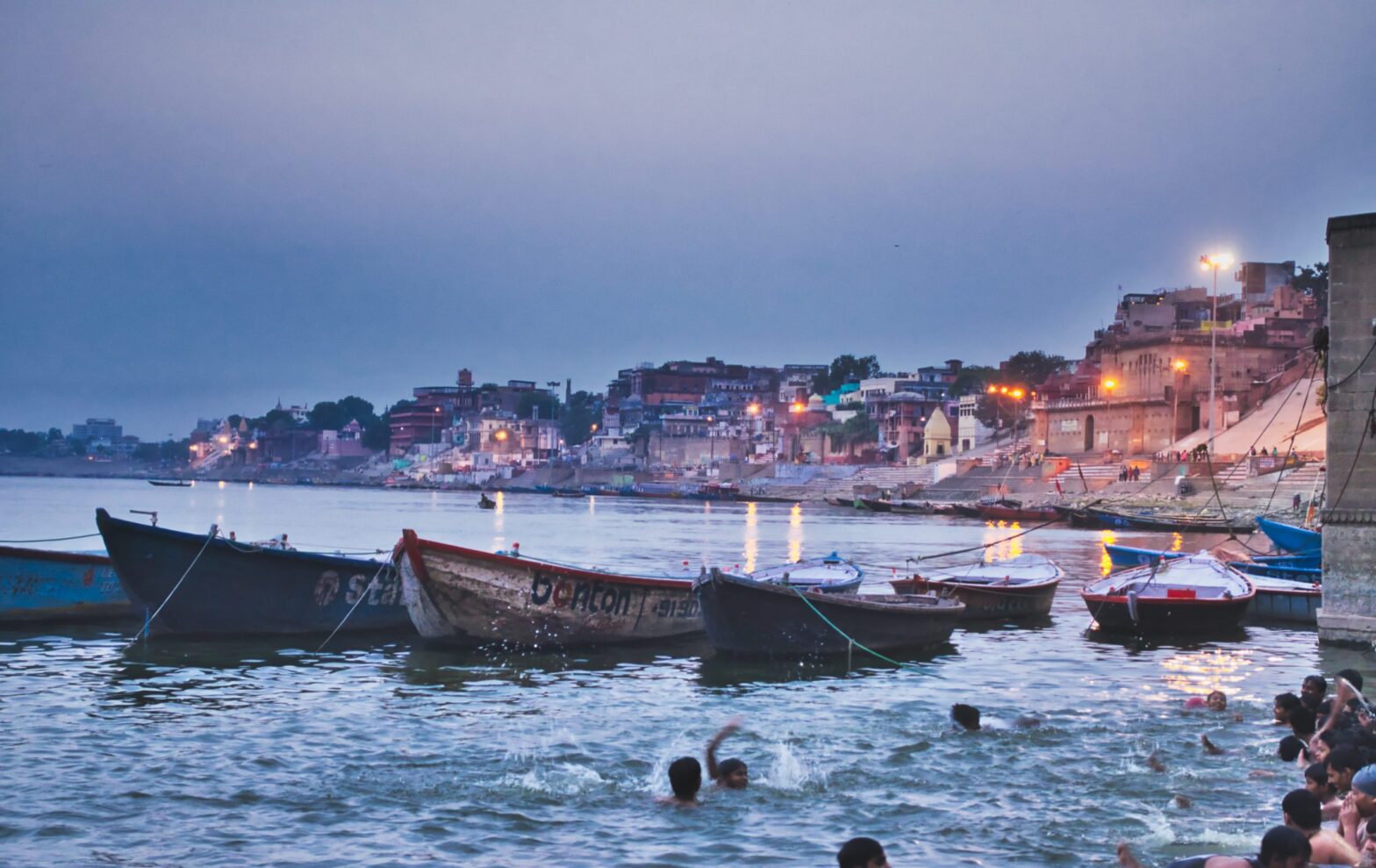 South Asia is home to nearly a quarter of the world’s population,[1] but has only five percent of the global renewable water resources within its geographical territory.  Consequently, water scarcity has become a pressing concern for the region, with per capita availability of water fallen by nearly 80 percent in the last six decades.  The region hosts three major watercourse systems—the Indus, the Brahmaputra and the Ganges.  All the stakeholders depend heavily on these transboundary water resources to meet their domestic and industrial needs.

A major instrument of water sharing in the region is the Indus Water Treaty (“IWT”) between India and Pakistan.  For years, an underlying sentiment of doubt, distrust and dissatisfaction has existed between the parties to the IWT.  The IWT, originally touted as one of the strongest instruments of international cooperation, has ultimately failed to provide a strong institutional and legal arrangement for conflict-free distribution of the shared resources.

The Convention on the Law of Non-Navigational Uses of International Watercourses (“Watercourses Convention”), to which no South Asian country is a party, codified the international law on the sharing of transboundary watercourses.

This article argues that the IWT needs to be revisited and brought in line with extant international law.  It proposes two more solutions to establish an efficient water-sharing regime in South Asia, and particularly for the Indus River, by analyzing the conflict surrounding the IWT.

The Indus River originates in Tibet and flows for a distance of approximately 2880 km, covering China, Afghanistan, India and Pakistan.  The main river, Indus, has five major tributaries from the East—the Jhelum, the Chenab, the Ravi, the Beas and the Sutlej.

The sharing of the Indus has been a contentious issue between India and Pakistan for decades.  In the pre-partition era, disputes over the sharing of the Indus, though not uncommon, were always adequately addressed through inter-state negotiation or arbitration.  When, in 1947, the Indian subcontinent was partitioned into the dominions of India and Pakistan, the border cut right across the Indus system.  However, the Indian Independence Act of 1947 made no specific provisions for the manner of division of the Indus.

In December 1947, East Punjab (India) and West Punjab (Pakistan) concluded a Standstill Agreement to continue the pre-partition allocation of the Indus waters until March 31, 1948.  On April 1, 1948, the date of expiry of the agreement, East Punjab completely cut off the supply of water to West Punjab.  Though the flow of water was restored on April 30, 1948, this incident marked the beginning of international conflict over the Indus River.  Eugene Black, the erstwhile President of the World Bank, offered the offices of the Bank to both the countries so they could arrive at a mutually acceptable arrangement.

The Indus Mediations began in 1952 at the Bank’s headquarters in Washington D.C.  In 1954, owing to political tension, the Bank abandoned the strategy of integrated development of the river by India and Pakistan.  It put forth an alternate proposal to reserve the three rivers lying to the West (Indus, Jhelum and Chenab) for the exclusive consumptive use of Pakistan and the three river lying to the East (Ravi, Beas and Sutlej) for the exclusive consumptive use of India.

The IWT applies to the Ravi, the Beas and the Sutlej (“Eastern rivers”) and the Indus, the Chenab and the Jhelum (“Western rivers”) including all their tributaries.

Under Article II, India has the right of unrestricted use of the Eastern rivers, allowing Pakistan only domestic, non-consumptive and agricultural use of these rivers and their tributaries before they finally cross into Pakistan.  The agreement  granted Pakistan unrestricted use of the leftover water of the rivers, once they finally cross into its territory, without any right or claim over the same.

Article III grants to Pakistan the right of unrestricted use of the Western rivers.  The treaty permits India  to use the water of these rivers only for domestic, non-consumptive, agricultural use and for the generation of hydroelectric power.  The ratio of division of water between India and Pakistan is 20:80, respectively.

Article IX of the IWT provides an elaborate and detailed dispute resolution mechanism.  It provides a step-by-step approach for resolution of disputes—first, through the Permanent Indus Commission, thereafter by a neutral expert appointed by the World Bank and, failing that, by a Court of Arbitration.

For years, the IWT was considered to be an outstanding example of water conflict resolution. However, increase in water scarcity in recent years coupled with existential hostility between the two nations has brought the IWT under severe strain.  Although a prudent short-term solution at the time, the IWT now seems to be failing the current needs of both states.

The IWT divides the Indus and its tributaries between Pakistan and India, such that Pakistan enjoys exclusive use of the Western rivers which comprises 80 percent of the water of the river system and India enjoys use of the Eastern rivers which comprises the remaining 20 percent.  Both parties have expressed dissatisfaction over this system of division. Many in India feel that the allocation of 80 percent of the waters to Pakistan was an unfair settlement.  On the other hand, many in Pakistan argue that India was historically using less than 10 percent of the Indus waters and in this context, the IWT is excessively generous to India.

The root cause for the dissatisfaction is that the IWT is designed to “settle with one stroke” any controversy over the allocation of the Indus waters.  The arrangement, not being based on relevant objective criteria such as population, socio-economic needs, and available alternatives leaves itself vulnerable to the doubt and scepticism of states.

The Watercourses Convention lays down a non-exhaustive list of factors to be considered while determining equitable entitlement of international watercourses.  An arrangement based on clear, objective, and specific criteria will ensure that neither party feels cheated, and will bring the treaty in line with customary international law.

In addition to putting an end to the argument of dissatisfaction, the incorporation of these criteria will make the distribution flexible and sensitive to changes in population, social needs, and other relevant conditions of the states, thereby allowing a dynamic arrangement between the parties.

ii) Absence of integrated management
The IWT does not envisage the joint utilization of water nor does it encourage cooperation over developing and sharing the Indus water system.  Instead, it bluntly divides the rivers, granting the exclusive rights over certain sections.  Interestingly, the only clause that encourages interaction between the states is the dispute resolution clause.
Both countries have criticized this aspect of the IWT.  For example, Ramaswamy Iyer, India’s former Secretary for Water Resources has dubbed the treaty “a negative, partitioning treaty, a code to the portioning of the land.”

CONCLUSION
Having identified the lacuna in the existing legal framework under the IWT and having delved into the potential ways forward, we propose three distinct solutions to address the longstanding water disputes between India and Pakistan.  Firstly, the states must revisit the Treaty in light of the Watercourses Convention and harmonise it with the principles embodied in the Convention.  Secondly, India and Pakistan should ratify the Watercourses Convention.  In fact, ratification of the Watercourses Convention by all the South Asian nations will ensure that all water-sharing arrangements in the region are in line with the Convention.  Lastly, India and Pakistan, along with the other South Asian nations must come together to tailor an elaborate water sharing convention suited to their regional needs, which is nevertheless compliant with international norms.
There is one roadblock common to all these solutions: political will.  For far too long, States have suffered at the altar of political differences.  Moving forward, the will to implement these solutions will be crucial in breaking the deadlock.
[1] According to the World Bank Data Report, the population in South Asia was 1.836 billion as of 2019, https://data.worldbank.org/region/south-asia.